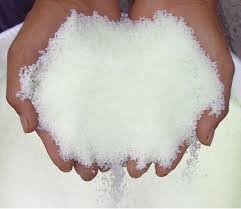 The first shipment carrying 52,000 tons of urea has reached Gwadar port on Friday and Customs authorities will collect approximately Rs 419 million as sales tax and income tax/withholding tax on clearance of the consignment.

It is learnt on Friday that the mother vessel (MV) Global Brave carrying 52,000 tons of urea from Bayuquan China has berthed at Gwadar port.
The customs has estimated to collect around Rs 419 million as taxes from the said import consignment after filing of Goods Declaration (GD) by the importer.
Around Rs 395 million has been estimated to be collected as sales tax from 52,000 tons of urea whereas the remaining amount would come from the direct taxes. The process of clearance of the imported consignment would start after filing of the GD, sources added.
News Source
Courtesy Business Recorder
Tweet