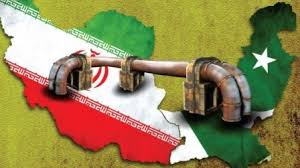 November 03, 2012: Pakistan is likely to import products not produced in Iran and export them to Iran which is facing essential commodities” crunch due to imposition of international sanctions, well-informed sources told Business Recorder. Both countries agreed to this proposal during two-day talks held in Islamabad. The Iranian side was represented by Deputy Minister for Industries, Mines and Commerce, Abbas Gobadi, whereas Pakistan team was led by acting Secretary Commerce, Munir Qureshi.(https://www.agribusiness.com.pk/).

Sources said issues pertaining to doing business through private sectors of both the countries, transportation of goods and transaction through banking channels came under discussion. The Iranian delegation has shown interest in importing wheat and other agriculture products – rice, meat, mangoes and citrus, etc, being produced by Pakistan and exporting petroleum products to Pakistan.

The Iranian quarantine team will visit Passco wheat centers in Punjab for four to five days to check/confirm that the Pakistani wheat meets international standards. The MD Passco assured the Iranian side that GoP would facilitate transportation of wheat from its centers to Karachi port on FoB basis and then the Iranian shipping line would facilitate transportation of wheat from Karachi Port to Iranian Port. The Iranian side agreed to this proposal.

The Iranian side proposed that the products which were not being produced in Pakistan should be imported by Pakistan and exported to Iran. The Pakistan side agreed to this proposal. The Iranian side offered to provide infrastructure and policy guidelines to private sectors for business between the two countries. The Pakistan side stated that their role was to act as a facilitator to their private sector to do the business with Iran. It was agreed by both sides that the representatives of banking sector ie SBP would sit with the Iranian team to settle/finalise the issues of business transaction through their banking system.