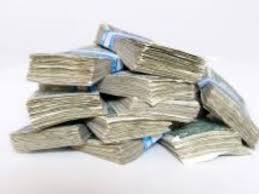 LAHORE – The Punjab government plans to develop a new industrial city at a cost of Rs 3 billion along motorway during current fiscal year 2013-14. However, a site is yet to be identified, said official sources on Friday. The government was attaching high priority to strengthening the industrial base and installation of new industrial units, the sources added.

Though it was an uphill task as the government could not alone set up industries in good numbers, therefore, it has decided to establish an industrial city under public-private partnership.

It also intended to offer lucrative incentives to private entrepreneurs, they further commented. Revealing details of the proposed industrial city, Provincial Minister for Industries Choudhry Mohammed Shafiq said the industrial city was the need of the hour to spur industrial activities in the province. He said special steps were also being taken to establish a business-friendly environment. He said, owing to bomb attacks, confidence of local investors had been shaken and they were reluctant to invest in Pakistan.

Therefore, he said, special focus was being paid on improving law and order in the province for restoring their confidence. He maintained that the country’s prosperity was directly linked to huge industries. “No considerable number of industries were set up during the past couple of years but with the new government’s comprehensive industries plan, maximum industries are being established both in public and private sectors,” he added. He said new industries would create job opportunities and accommodate hundreds of thousands of unemployed people. –