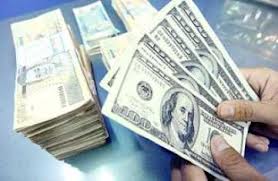 ISLAMABAD – Overseas Pakistanis Foundation (OPF) Managing Director Iftikhar Hussain Babar Friday said that foreign remittances were increased by 50 percent during the first month of the new Fiscal Year 2013-14. Talking to APP, he said the remittances increased due to the incentives offered by the OPF to expatriates. The Overseas Pakistanis are offered with various incentive cards categorised on the basis of amount of foreign exchange they bring home. He said remarkable remittances from overseas Pakistani workers reached $13.92 billion by the fall of last fiscal year 2012-13, the highest ever. He further said that towards this end, a special package of Foreign Exchange Remittance Card (FERC) had been implemented by the government to facilitate the overseas Pakistan community.

He further said that remarkable remittances from the overseas Pakistani workers reached $13.92 billion by the fall of last fiscal year 2012-13, the highest ever, due to the incentives offered by the OPF. He said that the OPF schools and colleges across the country had shown outstanding results. “We have appointed talented and highly qualified teachers at the OPF educational institutions to provide standard and quality education at all levels. The OPF is created for every Pakistani national. Anybody having an employment visa automatically becomes a member of the OPF. Others can become the OPF members by submitting a copy of their passport at the OPF centre,” Babar added.