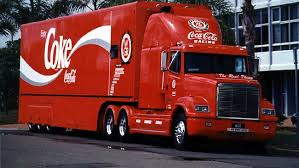 But that has not hampered her work. Beneath that disability lies a budding entrepreneur. With a small livestock farm and a sewing machine near her rented single-roomed house in Ntawo, Mukono district, Namuwonge had to meet her costs daily.

“I was earning less from my piggery project and sewing. In the end, I resorted to staying in church and praying to God,” she said.

Her luck changed on one bright morning. On that day, her area councillor called her to register in the new initiative dubbed ‘5by20’, which she had no idea of what it was. 5by20 is an initiative between Coca-Cola and Technoserve, and NGO, to spur job creation through supporting women to engage in business. Launched in 2010, the programme aims to address the barriers women face while engaging in business such as lack of access to finance, market and training, by teaching them how to run successful micro and small enterprises and use innovation to grow their businesses. Coca-Cola wants to reach 5 million women globally by the year 2020.

Through the programme, the selected participants undergo a three-months training in basic financial skills. Last week, more than 46 women, drawn from Mukono, Kayunga, Mityana and Mubende in central Uganda, each received ice coolers, ice boxes, refrigerators and three crates of Coca-Cola, Fanta and Sprite, all worth Shs 150m, as start-up capital for the businesses they were trained at the Coca-Cola premises in Namanve, Mukono district.

Namuwonge, who moved away with a refrigerator and three crates of soda for her new business on top of the minute livestock farm and sewing machine, was elated.

“This is a big opportunity,” she said.

“Forty-six per cent of micro and small enterprises in Uganda are owned by women and these businesses dominate the beverage, textile and service sectors, a factor that lends credence to decision to launch 5by20 initiative,” he said.

Kingwill added that Coca-Cola has placed a large emphasis on women, with research proving that women in business are 90 per cent more likely to reinvest their earnings into their communities by funding healthcare, education and nutrition. Within the company’s value chain, 100 women from central and northern Uganda benefit from the initiative.

All participants in the programme would be assigned an area sales manager and account developer from CBC to guide them and monitor their business growth. Maureen Kyomuhendo, the CBC public affairs and communications manager, said that next month, the draws would move to northern Uganda for 54 women.