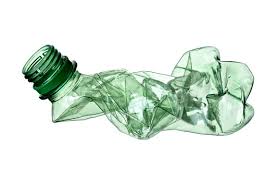 Everywhere you go, you see bottled water for sale. It’s certainly convenient. But is it really “better”? Here are five facts that say No, bottled water is not the better choice.

5: There is no difference between tap water and most bottled water brands.

Scientific studies conducted on both the taste and safety of bottled water consistently show that not only is bottled water no safer than tap water in the U.S., but it tastes only as good as or worse than its publicly sourced counterpart.

Now you might be wondering, “if that’s true, why does bottled water sell so well?” I was hoping you’d ask. The reason is marketing. Corporations spend millions on marketing campaigns to make you believe that their “purified” product is better than tap water. Here’s the really mind-blowing part: almost half of all bottled water is derived from tap water. That’s right. Big corporations spend big bucks convincing you not to take advantage of a safe and inexpensive resource so they can sell you the exact same thing at a much higher price. Don’t fall victim to their advertising.

When you buy bottled water, you’re paying a huge markup. In 2009, a study found that one thousand gallons of tap water cost $1.60, or about one tenth of a cent per gallon. In contrast, the average cost for one gallon of bottled water was $0.90. This means that consumers who chose to buy bottled water spent 900% more than they spend on what comes out of their faucet, even though it might be the exact same thing.

Keep in mind that the $0.90 number is only an average. Think of the premium people pay for “designer” water that costs more for smaller, albeit cooler-shaped, bottles.

One of the marketing messages about bottled water is that it is a healthy, natural alternative to other drinks. But there is nothing healthy about the bottle. 17 million barrels of oil fuel the bottled water industry, which is enough to run one million cars for a whole year. Oil isn’t the only resource being guzzled by bottled water; bottling water actually wastes water. It takes about three times the amount of water in one bottle to produce and fill that bottle. Good thing tap water is so cheap, or bottled water could be even more expensive.

The plastic bottles pose another problem. Only about 12% of bottles purchased in the U.S. are recycled. This leads to billions of pounds of oil-based plastic sitting in landfills for thousands of years. Any of the 35 billion plastic bottles thrown away in the U.S. every year that don’t end up in a landfill make their way to the ocean, where they cause even bigger problems for the environment, economy, and even human health. If your bottle is one of the 12% that actually gets recycled, it can only be used for non-food products. Even in the best-case scenario, tap water is more environmentally responsible than bottled water.

A comprehensive study on bottled water found that:

-About one-third of the tested bottled water was found to be significantly contaminated in at least one test.

-Of the tested water bottles, nearly one in five showed more bacteria than allowed under microbiological-purity guidelines.

-Nearly one fifth of the waters contained synthetic organic chemicals or chemicals used in manufacturing plastic.

1: There are many bottled-water alternatives!

The #1 thing that bottled-water corporations don’t want you to know is that bottled water is unnecessary for most U.S. residents. Simply purchasing a reusable water bottle and filling it at the tap cuts out the need for the disposable plastic variety. Reusable bottles are just as portable and sometimes offer features to make them even more convenient. For example, some of them can keep your water cooler for longer, while saving you money and having a significantly less negative impact on the environment. If you still prefer filtered water, you can purchase your own filters or water purifiers to fill your water bottles with. Some reusable bottles even come with built-in water filters, taking out all the work for you. Overall, disposable plastic water bottles are easily replaceable. Our planet and the money in your wallet are not.

Bonus Reason: Water scarcity is a real and dangerous issue.