Home / Agri Punjab / A line in the sand

A line in the sand 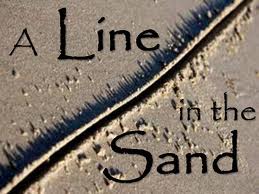 A line in the sand

The Right to Homestead Bill could change the face of the nation by addressing the principal cause of rural poverty, landlessness. But we need to act soon, says Roy L Prosterman.

The best predictor of poverty in India is neither caste nor illiteracy, but landlessness. Approximately three-quarters of India’s extreme poor, those living on the equivalent of less than $1. 25 a day (about Rs 70), are rural. And the very worst off of the rural poor – among the worst off on our entire planet – are the 13 to 18 million households that the 11th Five Year Plan acknowledged to be completely landless.

Now, after more than six decades of mostly failed attempts to address this most fundamental cause of rural poverty – access and secure rights to land – the Union government is poised to tackle the hardest part of the land problem, by adopting a historic land distribution programme that is tested, affordable, and politically feasible. However, it is essential to the success of this so-far stellar effort – which joins the Centre, several States, and civil society groups – that all stakeholders understand the potential of this crucial programme, what the programme calls for and how it differs from past failed exercises.

Despite India’s record economic growth over the past years, a just-issued World Bank report shows that the absolute number of these extreme poor has barely budged in the past three decades, from 429 million people in 1981 to 400 million in 2010.
It is the 13 to 18 million landless households, the poorest of the poor, who form the target group for the 11th Plan’s proposed distribution of 1/10th acre (10 cent) ‘Homestead Plots’. And this is precisely the commitment the Union government made in October 2012 in Agra, to end the peaceful mass march-forland on New Delhi.

Since that Agra agreement, intense discussions between the Centre and the civil society groups led by Ekta Parishad have synthesised into the draft National Right to Homestead Bill, 2013. This Bill, which now awaits final Union Cabinet approval and submission to the legislature, may well represent the most serious effort since Independence to substantially and comprehensively address rural landlessness and its resulting poverty.

The Bill would provide 1/10th acre homestead plots to all of the completely landless rural households, probably at the upper end of the 13-18 million estimated in the Plan. To do this it would distribute existing public land and, where that is insufficient, would purchase voluntarily offered private land at a full market price, with the Centre paying the full cost of any private land, in cash. The beneficiaries, the super-poor, would pay nothing, but would have to begin to use the land and move on to it within a certain time window.

It is critically important for all participants in the process to understand what the programme is and how it works, to avoid last minute flawed modifications to the Bill that could doom it to failure. This is not classic “land reform”. The plots are small (1/10th acre) and any private land purchased for the programme will be bought at full market price in cash. Eighteen million homestead plots will require 1. 8 million acres, which is less than one-half of one percent of India’s arable land.

This programme has nothing to do with re-setting “ceilings” or acquiring additional above-ceiling land. The first used for land distribution is already-existing public land, and if that is insufficient in given locales, the government will purchase private land at a voluntarily negotiated market price. If that is still insufficient in a particular locale, the government will use land acquisition, but must pay a full market price in cash.

All administrative elements of the programme have been thoroughly tested and carried out in multiple states on a substantial scale. The states of Kerala, West Bengal, Karnataka and Odisha have already successfully implemented such schemes and there is extensive successful experience with such programmes internationally as well.
The small homestead plots are not intended to provide the family’s full livelihood, but the plots will supplement that livelihood in crucial ways. They add to nutrition and income, provide the household with status within the community, empower owners (with wives’ names on the patta), confer access to credit and other government programmes, give leverage to the poor in bargaining for their wages and, of course, provide a secure place for basic shelter and motivation for its steady improvement. Moreover, with nearly one quarter of all districts nationwide now considered subject to left-wing extremism, conferring land ownership upon the poor, has a significant added benefit: it reduces land-based grievances.
Finally, for the success of the programme, certain key elements are essential. First, the Centre must fund 100 per cent of land costs, or many states will not participate. Second, in most states, the deployment of suitably trained village youth to assist the revenue officers in local administration of the programme will reduce costs and expedite the distribution, and will be mostly funded from the Centre.

Third, the programme will not be successful if the distributed land is not suitable. And, last, the existing programmes show that land parcels provided to landless families need to be close to where the poor work, free of other claims, and identified in parcels of at least one acre, so that colonies of at least ten beneficiary households can be established on adjoining plots, to be served by common facilities (a well, a basic access road, etc. ).
A solution for the worst of India’s rural poverty is now there for the taking – but the moment must be seized.