A Success Story of Commercialization of Pineapple in Pakistan 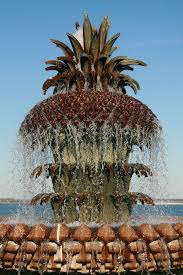 From 1950 until the 1980s, pineapple cultivation in Pakistan met with limited success because of a number of constraints.These included saline soils, brackish water, and a poor understanding of the requirements for nutrition, irrigation, growth and varietal adaptation, pest, disease, weather stress, overall crop management, and cultural practices.

A new approach was attempted in late 1970 to the early 1980s, when a group of organizations in the Karachi metropolitan area developed a pot culture technique replacing local saline soils by river sand, and providing city city water instead of brackish underground irrigation.This pot culture system was limited by cost, unpredictable performance of survival, growth, and development, yield, and production of planting material. Thus, it could not be adapted on a commercial basis.

These limitations were investigated in a 4-year study (1987–1990) at the Plant Introduction Centre, Karachi, of the Pakistan Agricultural Research Council, and technology was developed that led to the successful introduction, adaptation, and commercialization of pineapple production in Pakistan. Under the harsh arid conditions of Karachi, field trials were conducted with the pineapple var. Queen as an intercrop under a coconut canopy with trench and double-row system of planting.

The best fertilizer management treatment consisted of the application of 4 kg gypsum and 5 kg cow manure on a per-plant basis, incorporated during land preparation and followed by the application of 56 g N and 60 g K per plant per annum in six split dosages. Fruit weighing 1000 g or more were harvested during 12 to 15 months following planting. Fruits were of high quality, with 13.6 % sugars, 1.5 % acidity, and TSS value of 4.7. Five suckers and slips were produced by each plant. The application of these soil amendments reduced soil pH from 8.5 to 6.9 and ECe by 80%. This regime enabled the use of slightly brackish underground water (ECe 2.7 mmhos) for irrigation.

Weekly intervals of irrigation during summer and fortnightly intervals during winter were optimum. The crop was free of serious pest and disease. Mealy bugs and scale insects were controlled by Sumithion, rodents by Raccumin, while physical damage by squirrels and birds was avoided by covering the fruit with perforated paper bags. Through the development of this integrated production technology, Pakistan is now able to grow pineapples commercially.