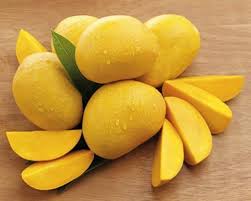 Absence of treatment plants to meet quarantine requirements of foreign buyers is impacting exports of mango from Punjab.

To cater to the hungry markets of Australia and Japan, installation of treatment plants, particularly in Multan and Lahore, needs the attention of the government so that these markets do not slip away from Pakistan.

According to CEO Harvest Trading, Ahmad Jawad, Punjab holds 67 percent of the total area under mango plants.
In 2011-12 mango production in Punjab was 1.304 million tons and exports were 0.130 million tons, which was worth Rs 3,857.78 million.
To sustain these markets it is necessary that vapor heat treatment and hot water treatment plants are set up on priority basis.
Since Pakistan Horticulture Development and Export Company (PHDEC) suffers from lack of funds, it should request the provincial government to put up these plants. Even otherwise, the record of PHDEC towards ensuring growth of horticulture products does not speak well about its performance.
“The Rs 70 million Hot Water Treatment Plant set up in Karachi under public private partnership hardly benefits growers of South Punjab and is not a cost-effective option,” Jawad said. Export of mangoes to South Korea, Mauritius and Japan, which are considered rewarding markets in terms of expected high price with good volumes could fetch up to US dollars four million if Vapor Heat Treatment (VHT) and Hot Water Treatment (HWT) facilities are made available.
He said that to ensure continuation of exports to Australia and Japan during coming years, special focus was required on improvement of fruit shape and appearance and introduction of new varieties which could only be accomplished through rigorous research and development (R&D) process at the farm level, which was unfortunately not the focus of attention of all stakeholders in the country.
A breakthrough in getting access to Australian market has been a significant development for Pakistan. Ii is expected that Pakistani mangoes will flourish in Australia in next two to three years’ time because of its delicious taste and sweet smell. Foreign exchange earnings will also increase gradually through exports of mangoes because its price is much higher in Australia than the traditional export markets of Middle East and Gulf countries.
Though, Australia itself is a major mango-producing country but their season starts during November and December, and allowing import of Pakistani fruit, before their season starts, offers a great opportunity for the country’s exporters to capitalise on this situation and help the country earn invaluable foreign currency which it badly needs at this crucial juncture.
Without improvement in quality of the export products, opening of new markets may not yield the desired results as envisaged by export firms. Further PHDEC and Department of Plant Protection (DPP) will have to lay down brief SOPs on priority basis for mango exports, so that once again the country may not face the rejection episode of mango consignment as happened last month at Heathrow Airport, UK, when tons of Pakistani mangoes were destroyed on discovering that the fruit carried fruit flies.
Tweet