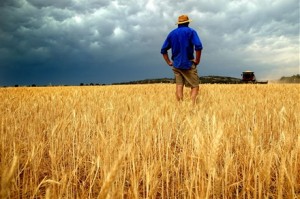 THE economy could grow by ­$250 billion over 20 years by promoting five industries that will benefit from growth in Asia: tourism, agribusiness, wealth management, international education and gas, according to the economic arm of consulting firm Deloitte.

“Things have been beautiful for so long; now it’s all about catching the next wave,” co-author Chris Richardson said.

“As the mining boom wanes, there is vast potential in these five super sectors of the economy that could match what mining has delivered so far.

“The emerging Asia will mature and we have the competitive advantage to supply those things. They will want not only more food but better food; they will want better education for their ­children, better housing and, most of all, cleaner air.”

The Australian economy will grow only 2.5 per cent a year over the next four years, according to a Bureau of Resources and Energy ­Economics forecast.

The federal Treasury’s official prediction is that growth will rebound to a long-term average of 3 per cent a year, The Australian Financial Review reports.

Making the most of the five industries will deliver a $250 billion boost to the economy in the next 20 years, and increase gross domestic product by $25 billion in the final year of the forecast, 2033. Agribusinesses will benefit from a population growth in Asia of 60 million a year, increasing demand for Australian meat.

“Reliance on Australian produce will be ‘safer’ than many alternatives, in terms of both food quality and the reliability of supply,” the report says.

Deloitte expects the dollar to settle at closer to US$80¢ in the longer term.