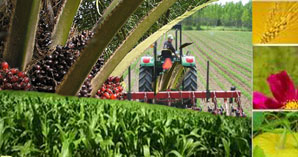 The economy of Pakistan is also heavily dependent on agriculture sector as it feeds people, provides raw material for industry and is the base of foreign trade.
Exchanging views with the team of Centre for Promotion of Imports from Developing Countries (CBI) Netherlands Ms Lisanne Heemskerk and Marlon Rossblad, President KCCI Haroon Agar stated that Pakistan’s agriculture sector faced manifold challenges and problems like irrigation and water issues, deforestation, absence of land reforms, lack of research and development and training to farmers, absence of the modern harvesting technologies and techniques, infrastructural problems, etc.
Commenting on the Value Chain Study for Cumin Seeds by CBI and GIZ, he stated that Pakistan produces traditional Cumin seeds of three qualities viz. white, black and green. Pakistani Cumin seeds are famous for its aroma and taste. To cater the national consumption needs Pakistan also imports Cumin seeds from India and Afghanistan besides producing locally.
It is also exported to various countries abroad. Among minor crops Cumin seed gets high prices. The local produce can be enhanced by training the farmers and bringing reforms because the crops mostly produced in Pakistan are at the mercy of the weather conditions and climate. Presently Pakistan is producing 5,000 tons while 15,000 tons is imported from Afghanistan and around 1,000 tons from India. He welcomed the initiative of CBI Netherlands for executing Value Chain Study of Cumin seeds followed by training programme of Pakistani farmers. He also assured KCCI’s support in this regard.
Ms Lisanne Heemskerk, Team Leader of Study Mission of the Centre for Promotion of Imports from Developing Countries (CBI) Netherlands presented compliments and gratitude to President KCCI for according meeting appointment and providing an opportunity to apprise him about the CBI’s study on Value Chain for Cumin Seeds in Pakistan.
She informed that the CBI as an agency functions under the ambit of the Ministry of Foreign Affairs of Netherlands and supports export from 48 developing countries in 27 sectors. The CBI approaches the Value Chain system in which all stakeholders are 7interconnected.
She informed that the study focuses to enhance Pak exports of cumin seeds to regional countries. Sufficient funds are available with CBI which will be used for coaching, promotion and facilitation to the Pakistan local farmers on completion of the study. Shamim Firpo, Senior Vice President KCCI, Nasir Mehmood, Vice President and Managing Committee Members of KCCI also participated in the meeting.
Tweet