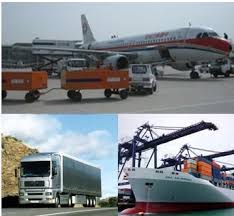 Under the tariff elimination provisions of the North American Free Trade Agreement (NAFTA), the majority of U.S. agricultural products have entered Canada duty-free since January 1, 1998. On December 4, 1998 the United States and Canada signed a Record of Understanding, an agreement to further open Canadian markets to U.S. farm and ranch products. Some tangible benefits of the agreement are already accruing to the U.S. agricultural industry.

Canadian consumers enjoy a high disposable income, coupled with a growing interest in global cuisine and the country’s wide ethnic diversity that provides broad food marketing opportunities. Canada’s grocery product and foodservice trade have been quick to seize opportunities under NAFTA by expanding their geographical sourcing area to include the

United States. The familiarity and confidence in Canadian based U.S. chains (hotels, restaurants and fast food) have helped to increase the demand for high value U.S. foods. Since U.S. food products match Canadian tastes and expectations there have been significant gains in the Canadian market for U.S. consumer ready foods.

On the basis of current market trends and conditions, the following sectors are considered to be best prospects for U.S. exports of food and agricultural products to Canada: