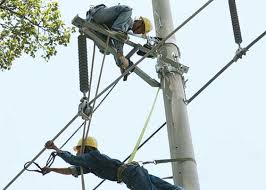 Agri Forum Pakistan (AFP) strongly reacting to recent hike in electricity prices has advised the government to reduce its non-developmental expenditures by 30 percent instead of raising the tariff of power making life miserable for the industry and masses.

While talking to media persons here on Wednesday AFP Chairman Dr Ibrahim Mughal said that poor people were now in a fix to either buy flour to feed them or pay electricity bills out of their meager incomes. He said that forum strongly condemned this act of the government which has ruined the happiness of Eid too.

He questioned if we could generate 60,000 mw of electricity through water which would cost only Rs 2 per unit then why government was not reducing reliance on expensive thermal power. He said coal is the second cheapest source of power after water as electricity produced by using coal would cost Rs 06 per unit. However, it seemed that the government had nothing to do with problems of the masses after securing their votes, he lamented.

He went on to say that inflation had increased from 25 to 30 percent during first two months of the present regime, unemployment is rising and trade deficit is also increasing with every passing day. He said recent increase in electricity will also make wheat, rice, sugar, clothes, lentils, milk and other food items 50 to 60 percent dearer thus making life impossible for the poor.

He said people would consider ending their life easier then living and unemployed educated youth may turn towards crimes thus creating a situation of law and order in the country. Agri Forum Chairman proposed the government not to increase prices of electricity, water, gas, food items and clothing rather should bring down its non-developmental expenditures by 30 per cent which would save Rs 300 billion.