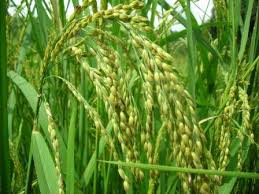 In the past 18 months, global rice prices have been moving in a tight range. For example, the Oryza white rice index (WRI) has fluctuated between US$475 and $500 since January 2012. However, in the past few weeks, prices have weakened on the back of surplus rice in Vietnam, weaker Thai and Indian currencies, and the news about a possible decline in Thai mortgage prices. The WRI is getting close to the lower range of $475.

The fundamental factors in the market also point to lower prices. Undoubtedly, the market now has an excess supply of rice. The Thai mortgage scheme, which has been in operation since September 2011, has resulted in a large accumulation of public stocks in Thailand. Nobody knows exactly the amount of mortgage stocks the government has in warehouses across the country, but many experts put it in the range of 15-20 million tons. In addition, the Indian government has procurement stocks in excess of 30 million tons of rice. If the Thai government succeeds in overcoming the opposition from farmers to lower the support price by 20%, this is likely to put some additional pressure on the market.

The problem is going to become worse in the next few months with another good harvest expected this season in most Asian countries. The early arrival of monsoon in India has raised the prospects for another record kharif (wet season) crop there. USDA now estimates global rice production (in milled equivalent) in 2013-14 to be close to 480 million tons, nearly 10 million tons more than last year’s record production.

The few bright spots in the market include China’s growing rice imports and the recent signing of the Food Security Bill by India’s president that would provide subsidized grain for 67% of the nation’s billion-plus population. China, which came close to displacing Nigeria as the largest importer in the global market with 2.9 million tons of imports in 2012, has kept pace so far in 2013 and is expected to import 3 million tons in 2013. For India, the Food Security Bill will provide 5 kilograms of highly subsidized grain for more than 800 million people every month. To put the act into operation, India will need to procure more than 60 million tons of rice and wheat annually. This should have some adverse impact on the volume of rice exports out of India.

Both fundamental and technical analysis point to lower rice prices in the coming months. In terms of magnitude, the prices could fall by as much as 10% if Thailand offloads a few million tons of its existing stocks and lowers the support price, which will allow the new crop to enter the market rather than government warehouses.