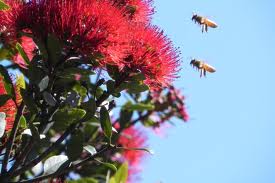 Remove even one bumblebee species from an ecosystem and the impact is swift and clear: Their floral “sweethearts” produce significantly fewer seeds, a new study finds. The study, to be published by the Proceedings of the National Academy of Sciences, focused on the interactions between bumblebees and larkspur wildflowers in Colorado’s Rocky Mountains. The results show how reduced competition among pollinators disrupts floral fidelity, or specialization, among the remaining bees in the system, leading to less successful plant reproduction.

“We found that these wildflowers produce one-third fewer seeds in the absence of just one bumblebee species,” said Emory University ecologist Berry Brosi, who led the study. “That’s alarming, and suggests that global declines in pollinators could have a bigger impact on flowering plants and food crops than was previously realized.”

The National Science Foundation (NSF) funded the study, co-authored by ecologist Heather Briggs of the University of California-Santa Cruz. About 90 per cent of plants need animals, mostly insects, to transfer pollen between them so that they can fertilize and reproduce. Bees are by far the most important pollinators worldwide and have co-evolved with the floral resources they need for nutrition. During the past decade, however, scientists have reported dramatic declines in populations of some bee species, sparking research into the potential impact of such declines. Some studies have indicated that plants can tolerate losing most pollinator species in an ecosystem as long as other pollinators remain to take up the slack.

Those studies, however, were based on theoretical computer modeling. Drs Brosi and Briggs were curious whether this theoretical resilience would hold up in real-life scenarios. Their team conducted field experiments to learn how the removal of a single pollinator species would affect the plant-pollinator relationship. “Most pollinators visit several plant species over their lifetime, but often they will display what we call floral fidelity over shorter time periods,” Dr Brosi explains.

“They’ll tend to focus on one plant while it’s in bloom, then a few weeks later move on to the next species in bloom. You might think of them as serial monogamists.” Floral fidelity clearly benefits plants, because a pollinator visit will only lead to plant reproduction when the pollinator is carrying pollen from the same plant species. “When bees are promiscuous, visiting plants of more than one species during a single foraging session, they are much less effective as pollinators,” Dr Briggs said.

The researchers conducted their experiments at the Rocky Mountain Biological Laboratory near Crested Butte, Colorado. Located at 9,500 feet, the facility’s subalpine meadows are too high for honeybees, but they are buzzing during the summer months with bumblebees. The experiments focused on the interactions of the insects with larkspurs, dark-purple wildflowers that are visited by ten of the of the 11 bumblebee species there. The researchers studied a series of 20-meter square wildflower plots, evaluating each one in both a control state, left in its natural condition, and in a manipulated state, in which they used nets to remove the bumblebees of just one species.

The researchers then observed the bumblebee behavior in both the controlled plots and the manipulated plots. “We’d literally follow around the bumblebees as they foraged,” Dr Briggs said. “It’s challenging because the bees can fly pretty fast.” Sometimes the researchers could only record between five and ten movements, while in other cases they could follow the bees to 100 or more flowers. “Running around after bumblebees in these beautiful wildflower meadows was one of the most fun parts of the research,” Dr Brosi said.

Much of this “bee team” was made up of Emory undergraduate students, funded by the college’s Scholarly Inquiry and Research at Emory (SIRE) grants and NSF support via the Research Experience for Undergraduates (REU) program. The Rocky Mountain Biological Laboratory is exacting about using non-destructive methodologies so that researchers don’t have a negative impact on the bumblebee populations. “When we caught bees to remove target species from the system, or to swab their bodies for pollen, we released them unharmed when our experiments were over,” Dr Brosi said. “They’re very robust little creatures.” No researchers were harmed either, he adds. “Stings were very uncommon during the experiments.

Bumblebees are quite gentle on the whole.” Across the steps of the pollination process, from patterns of bumblebee visits to plants, to picking up pollen, to seed production, the researchers saw a cascading effect of removing one bee species. While about 78 per cent of the bumblebees in the control groups were faithful to a single species of flower, only 66 per cent of the bumblebees in the manipulated groups showed such floral fidelity. The reduced fidelity in manipulated plots meant that bees in the manipulated groups carried more different types of pollen on their bodies than those in the control groups. These changes had direct implications for plant reproduction: Larkspurs produced about one-third fewer seeds when one of the bumblebee species was removed, compared to the larkspurs in the control groups.

“The small change in the level of competition made the remaining bees more likely to ‘cheat’ on the larkspur,” Dr Briggs said. While previous research has shown how competition drives specialization within a species, the bumblebee study is one of the first to link this mechanism back to the broader functioning of an ecosystem. “Our work shows why biodiversity may be key to conservation of an entire ecosystem,” Dr Brosi said. “It has the potential to open a whole new set of studies into the functional implications of interspecies interactions.”