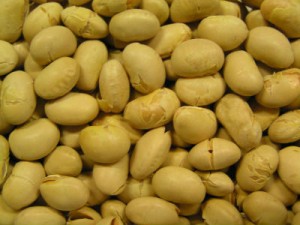 (Huffington Post) “This study was just routine,” said Russian biologist Alexey V. Surov, in what could end up as the understatement of this century. Surov and his colleagues set out to discover if Monsanto’s genetically modified (GM) soy, grown on 91% of US soybean fields, leads to problems in growth or reproduction. What he discovered may uproot a multi-billion dollar industry.

After feeding hamsters for two years over three generations, those on the GM diet, and especially the group on the maximum GM soy diet, showed devastating results. By the third generation, most GM soy-fed hamsters lost the ability to have babies. They also suffered slower growth, and a high mortality rate among the pups.

And if this isn’t shocking enough, some in the third generation even had hair growing inside their mouths–a phenomenon rarely seen, but apparently more prevalent among hamsters eating GM soy.

The study, jointly conducted by Surov’s Institute of Ecology and Evolution of the Russian Academy of Sciences and the National Association for Gene Security, is expected to be published in three months (July 2010)–so the technical details will have to wait. But Surov sketched out the basic set up for me in an email.

He used Campbell hamsters, with a fast reproduction rate, divided into 4 groups. All were fed a normal diet, but one was without any soy, another had non-GM soy, a third used GM soy, and a fourth contained higher amounts of GM soy. They used 5 pairs of hamsters per group, each of which produced 7-8 litters, totally 140 animals.

Surov told The Voice of Russia,

“Originally, everything went smoothly. However, we noticed quite a serious effect when we selected new pairs from their cubs and continued to feed them as before. These pairs’ growth rate was slower and reached their sexual maturity slowly.”

He selected new pairs from each group, which generated another 39 litters. There were 52 pups born to the control group and 78 to the non-GM soy group. In the GM soy group, however, only 40 pups were born. And of these, 25% died. This was a fivefold higher death rate than the 5% seen among the controls. Of the hamsters that ate high GM soy content, only a single female hamster gave birth. She had 16 pups; about 20% died.

Surov said “The low numbers in F2 [third generation] showed that many animals were sterile.”