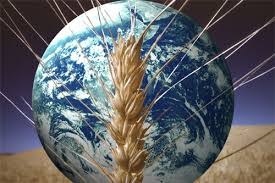 Speaking on the occasion, the federal minister said that being primarily an agriculture country, Pakistan attached great importance to its relationship with FAO and since joining FAO Pakistan has worked closely with it to improve the livelihoods of the farmers of the country.
The minister further stated that the addition of a new wing to FAO building will able the latter to house new programs and projects to serve the farmers of the country.
Bosan also appreciated the role played by FAO in rehabilitation of agriculture and livestock after devastation of 2005 earthquake and 2010 floods.
The federal minister emphasized, “Economy of Pakistan largely depended upon agriculture and it was the need of the hour to transform agriculture into a profitable business to improve the financial condition of vast majority of rural community and also to make Pakistan a food sufficient country.
News Source
Courtesy Daily Times
Tweet