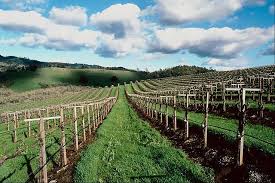 With less costly soybean seed and the wide range of which soybean plant populations produce similar yields, soybean seeding rates have not historically been as closely calculated as those for corn.

But soybean seed costs have risen to the point at which farmers don’t want to plant more seeds than they need for top yields, according to University of Illinois crop sciences professor Emerson Nafziger.

“Although we often don’t see this, it’s possible in some cases that high soybean plant populations might increase lodging or stress, and actually result in lower yields, especially in wider rows, where plants are closer together,” he added.

Nafziger said that decreased pod set due to stress in 2012 means that seed this year tends to be larger than normal. This can sometimes mean more stress cracks or mechanical damage, but germination percentages are generally reported to be good and it appears that seed quality isn’t much of an issue.

“Even with good seed germination, we often find soybean seeds establishing plants at lower percentages than we see with corn,” Nafziger said. “This is in part due to lower standard (warm) germination percentages and partly to the fact that soybean seeds, which need to stay healthy long enough to drag the large cotyledons up and out of the soil, often struggle to emerge, especially if conditions are wetter or cooler than normal, or if soils form a crust after planting.

“To help make seeding rate decisions for soybean, Dennis Bowman and I developed a seeding rate calculator—or rather, we resuscitated one that we had running some years ago,” Nafziger said.

The calculator asks for either weight and seeds per pound for seed units sold by weight, or for seeds per unit for seed sold by number. It then asks for the percentage of warm germination, which is required to be on the seed tag or container, and for the cost per unit. Field size and row spacing are also requested.

The only subjective information requested by the calculator is an estimate of the percentage of germinable seed expected to emerge and establish plants under the soil conditions and perhaps the weather forecast at planting.

Nafziger said that under very good conditions it is reasonable to expect close to 100 percent of good seed to emerge. But if soils are cold or wet (or likely to get wet), this percentage should be decreased. The calculator goes from 100 percent to 70 percent, with the idea that expecting less than 70 percent emergence of good seed should be a signal to wait for better conditions before planting.

“The calculator returns seed spacing down the row, seed requirements per acre and for the field, and the amount of time it will take to plant the field,” Nafziger said. “While we developed the calculator for soybean, it works for corn or small-grain seed as well.”