Would you eat a Canadian Goose burger? The video below suggests that it may not only be less harmful to the environment, but could actually provide an ecological benefit in areas where some varieties of Canada Geese are becoming invasive. That’s the thinking behind author Jackson Landers’ philosophy on hunting 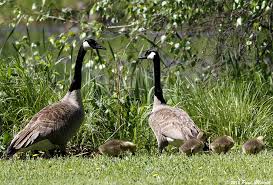 , which focuses on species which are becoming invasive or causing ecological harm.

But not everyone, even within the Perennial Plate team, is quite so sure. In fact Mirra, the camera-person and vegetarian of the group, has to sit this one out as she doesn’t think she can face the killing of these beautiful creatures.

I’ve asked before whether eating aliens (invasive species) is a sensible approach to ethical meat. On the one hand, hunted meat is about as free-range as it gets, and by providing economic/culinary incentives to cull certain species we may be able to restore or maintain balance in otherwise degraded or stressed eco-systems.

On the other hand, there is much debate around whether environmentalists are too obsessed with native species and how to define what is and isn’t native in the first place. After all, say many, nature adapts and it is folly to assume that we know how best to control it.

So what do we think—is eating invasive species a sensible way to control their numbers, or at least a less harmful way to consume meat, or is it just a sop for the guilty conscience? Discuss.