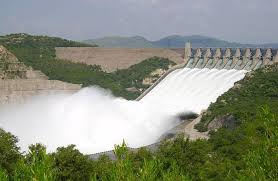 KARACHI – Karachi Water & Sewerage Board (KWSB) Managing Director Misbahuddin Farid, expressing his concern over unannounced decrease in water supply quota from Water and Power Distribution Authority (WAPDA), said it was unfair to Karachiites during the holy month of Ramadan when the demand for this basic necessity had already increased. He said the provincial metropolis was receiving 100 million gallons of water supply daily and the KWSB supplied it to North Karachi, Baldia Town, Sher Shah and adjoining areas.

WAPDA was currently supplying the water board with 85 million gallons of water daily, thus leading to water shortage in North Karachi, Baldia and other densely populated areas, added Farid. He said due to Ramadan the demand had already increased and it would further increase during last Ashra of Ramadan, especially when people start observing Aitekaf, however, the city was facing troubles due to the prevalent situation. The KWSB chief also requested elected national and provincial representatives to take notice of the situation and notify WAPDA on supply to the city from Hub Dam so that supply would be restored to 100 million gallons.

He said that KWSB had notified project director of Hub Dam about the problem several times but 100 million gallon supply had not been restored to the city yet. Moreover, Farid said if the water quota was not restored within a few days, the areas getting supply from North East Karachi pumping station could face severe water shortage. Furthermore, he said that supply was often disrupted due to electric disruption, and in current situation the KWSB was facing severe troubles in supplying water to the citizens of these areas. Later on, The KWSB MD directed chief engineers of distribution system to formulate a new strategy to cope with the current situation and stay in full coordination with WAPDA officials. He hoped that KWSB officers would be able to ensure swift supply of water to the citizens until the end of Ramadan.