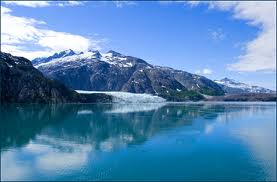 There are three climatic zones in the kingdom: (1) desert almost everywhere, (2) steppe along the western highlands, forming a strip less than 100 miles (160 km) wide in the north but becoming almost 300 miles (480 km) wide at the latitude of Mecca, and (3) a small area of humid and mild temperature conditions, with long summers, in the highlands just north of Yemen.

In winter, cyclonic weather systems generally skirt north of the Arabian Peninsula, moving eastward from the Mediterranean Sea, though sometimes they reach eastern and central Arabia and the Persian Gulf.

Some weather systems move southward along the Red Sea trough and provide winter precipitation as far south as Mecca and sometimes as far as Yemen. In March and April, some precipitation, normally torrential, falls. In summer, the highlands of Asir(ʿAsīr), southeast of Mecca, receive enough precipitation from the monsoonal winds to support a steppelike strip of land.

Winters, from December to February, are cool, and frost and snow may occur in the southern highlands. Average temperatures for the coolest months, December through February, are 74 °F (23 °C) at Jiddah, 58 °F (14 °C) at Riyadh, and 63 °F (17 °C) at Al-Dammām. Summers, from June to August, are hot, with daytime temperatures in the shade exceeding 100 °F (38 °C) in almost all of the country. Temperatures in the desert frequently rise as high as 130 °F (55 °C) in the summer. Humidity is low, except along the coasts, where it can be high and very oppressive. The level of precipitation is also low throughout the country, amounting to about 2.5 inches (65 mm) at Jiddah, a little more than 3 inches (75 mm) at Riyadh, and 3 inches at Al-Dammām. These figures, however, represent mean annual precipitation, and large variations are normal. In the highlands of Asir, more than 19 inches (480 mm) a year may be received, falling mostly between May and October when the summer monsoon winds prevail. In the Rubʿ al-Khali, a decade may pass with no precipitation at all.

Much of Saudi Arabia’s vegetation belongs to the North African–Indian desert region. Plants are xerophytic (requiring little water) and are mostly small herbs and shrubs that are useful as forage. There are a few small areas of grass and trees in southern Asir. Although the date palm (Phoenix dactylifera) is widespread, about one-third of the date palms grown are in Al-Sharqiyyah

Although the country’s tribes are often considered “pure” Arabs—certainly they are the descendants of the peninsula’s original ethnic stock—a certain degree of ethnic heterogeneity is evident among both the sedentary and nomadic populations of Saudi Arabia. Variations have developed because of a long history of regionalism and tribal autonomy and because some localities have been subjected to important outside influences. Thus, the proximity of sub-Saharan Africa along the Red Sea littoral and the constant historical influx of peoples fromIran, Pakistan, and India along the Persian Gulf coast have left traces of the physical types characteristic of those peoples among the native population. Likewise, the hajj to Mecca has long brought hundreds of thousands of people annually from various ethnic groups to the country. About half of all pilgrims travel from Arab countries and half from African and Asian countries. A small number of such visitors have settled in and around the holy cities throughout the years, either out of religious devotion or because penury prevented their return home.

Since the 1960s, an increasing number of outsiders have entered and left Saudi Arabia. By the early 21st century, the estimated number of foreign workers was between one-fourth and one-fifth of the country’s total population, despite efforts by the Saudi authorities to encourage citizens to occupy positions typically held by foreigners. At first, most expatriated workers were Arab, such as Yemenis, Egyptians, Palestinians, Syrians, and Iraqis. Increasing numbers of non-Arab Muslims such as Pakistanis have been employed, as have large numbers of non-Muslim Koreans and Filipinos, who have been hired under group contracts for specified periods. Most specialized technical workers are Europeans and Americans.

Arabic is a Semitic language of numerous vernacular dialects that originated on the Arabian Peninsula. There are three main dialect groups in Saudi Arabia—in the eastern, central, and western parts of the country—though these are not always clearly discernible from one another because of the pervasiveness of local variations. There are various degrees of mutual intelligibility among dialect groups, but some differences are quiet pronounced. The written language, Modern Standard Arabic, is derived from Classical Arabic, the language of the Qurʾān, and is used as a literary koine within the kingdom and throughout the broader Arab world. Various dialects of Arabic from other regions are also spoken by expatriate workers, as are numerous other non-Arabic languages such as Persian, Urdu, Pashto, Tagalog, and Korean. English is widely understood.