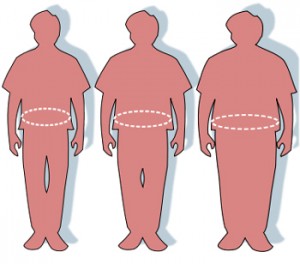 Most people think that diet and exercise are the two factors that determine a person’s weight. If we eat a good diet high in fruits and vegetables, and exercise regularly, then we should not have to worry about being overweight. However, according to the Institute for Agriculture and Trade Policy, a growing body of science is finding that exposures to common chemicals are a significant contributor to obesity in the U.S.

Several chemicals already known to be hormone disruptors are now being found to affect the size and number of fat cells or hormones that regulate appetite and metabolism. We are exposed to these “obesogens” every day from agricultural and consumer products and even building materials. Prenatal and early life exposures are especially harmful.

“While fat accumulation is impacted by the quality and quantity of the food we eat and how many calories burned through activity, it is also governed by complex metabolic processes that regulate appetite, metabolic rate, glucose levels and the number, size and metabolic activity of fat cells. It is now evident that a variety of environmental chemicals can act on cellular pathways to promote fat accumulation and obesity.”

Examples of common obesogens include:

BPA has gained publicity in recent years, being a very common chemical linked to reproductive and development problems, genetic damage, and cancer. This hormone disruptor is now being linked to a host of obesity symptoms, including increased mean body weight, higher incidence of diabetes, elevated insulin resistance and impaired glucose tolerance, and metabolic syndrome.

Animal and human research is associating phthalates, PDBEs, and perfluoroalkyls with increased body mass index, insulin resistance, and metabolic changes in fat cells. According to Center for Disease Control biomonitoring studies, all of these chemicals are found in nearly everyone tested, which demonstrates just how badly we are exposed.

The fast food craze is getting us fat not only from the food itself, but from the wrappers and boxes that make it so convenient. Industry can keep pumping out manufactured poisons with no worry about the health effects, as the Food and Drug Administration (FDA) adopts a “wait and see” approach to chemicals instead of thorough testing beforehand. The only regulation FDA has developed for BPA is to ban its use in baby bottles, and this was only after the plastics industry suggested it to FDA (presumably to limit competition from foreign companies).

Several other chemicals are suspected of being obesogens having a direct effect on fat cells and metabolic processes. These include some pharmaceuticals, fructose, genistein, monosodium glutamate (MSG), organochlorine pesticides, PCBs, lead, and diesel exhaust. We are unwittingly being saturated with chemicals that are most likely contributing to the obesity epidemic, in addition to other known health problems like reproductive problems and cancer.

The corporatocracy will continue putting profits and economic hegemony above the well-being of the people as long as we are distracted by their consumerist products. Increasing public awareness is the only way to reverse this attack on our health.