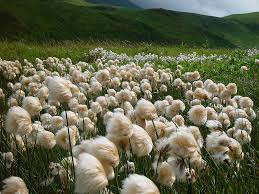 Cotton yarn exports feared to suffer huge decline
RAHIM YAR KHAN – Because of prolonged loadshedding of electricity and gas, the textile industries have failed to fulfill the cotton yarn exports orders, and as a result, China, Bangladesh and other countries have moved to India to purchase cotton yarn, said a former executive member of the Pakistan Cotton Ginners Association.

“During the last two months, the Indian textile mills have received record export orders for cotton yarn,” said Ihsanul Haq and added that as per initial estimates, the export target of cotton exports set for the current financial year are worth $16 billion and seems unachievable. He feared that the shortfall in Pakistan’s cotton exports may reach $3.5 billion below the target. He further said that according to the statistics issued by the Indian Director General Foreign Trade during November 2012, the cotton yarn export has reached 100 million kg, the highest in Indian history, and it is 32% higher than November 2011 and 5% higher than October 2012.

Ihsanul Haq said that the Indian exporters might get similar copious cotton yarn export orders. He further added that the Indian government was making an all-out effort to increase its cotton exports that include relaxing 30-day period for export of lint to Pakistan through land route and lifting of regulatory duty for import of Indian cotton yarn by Turkey after mutual trade negotiations. However in Pakistan, he said, the containers carrying export items are being forcibly confiscated and used for blocking roads.
He said that during Trade Fair 2012 in Germany, many buyers refrained from giving cotton yarn orders to the Pakistani textile mills due to electricity and gas loadshedding.
5,000 sign petition in advocacy drive: More than 5,000 people including teachers and students signed a petition during the ongoing campaign aims at pressing the Punjab government pass the long pending ‘Senior Citizens Bill.’
The campaign was launched few days back by Jaag Welfare Movement (JWM) and HelpAge International here in the district.
The signatories of the petition demanded Punjab Chief Minister Shahbaz Sharif and other legislators in the Punjab Assembly to formulate laws regarding facilities and perks for senior citizens to develop an inclusive and friendly society for them. In this connection, JWM Executive Director Abdul Rub Farooqi, Senior Advocacy and Communication Officer Akhtar Shaheen Rind, Field Officer Ashraf Peer Jee and Waqas Akhtar visited NICE colleges, NICAAS colleges, Chishti library and other public places and sensitized the teachers, students and citizens about the Senior Citizen Bill, its necessity and importance.