Danger: ER Visits Doubled in 4 Years Due to this Popular Grocery and Convenience Store Product 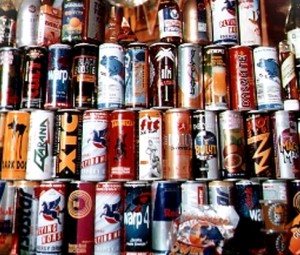 Danger: ER Visits Doubled in 4 Years Due to this Popular Grocery and Convenience Store Product

A report by the Substance Abuse and Mental Health Services Administration, (SAMHSA) has highlighted some disturbing trends in the number of emergency department visits and these popular supermarket and convenience store products.

This multi-billion dollar a year industry is wreaking havoc on emergency rooms nationwide. Energy drinks are named the culprit in a huge increase in ER visits. According to SAMHSA’s investigation, ED visits involving energy drinks doubled from 2007 to 2011.

From 2007 to 2011 the majority of the visits were male and female aged 18-39. However the largest increase was seen among patients aged 40 or older, for whom visits increased 279 percent in the 4 year span.

The Drug Abuse Warning Network (DAWN) is a public health surveillance system that monitors drug-related emergency department (ED) visits in the United States and can be used as a source of information for assessing the more negative medical consequences associated with consuming energy drinks. To be a DAWN case, the ED visit must involve a drug, either as the direct cause of the visit or as a contributing factor. Such a visit is referred to as a “drug-related visit.” Drugs include alcohol; illegal drugs, such as cocaine, heroin, and marijuana; pharmaceuticals (e.g., over-the-counter medicines and prescription medications); and nutraceuticals, such as nutritional supplements, vitamins, and caffeine products. 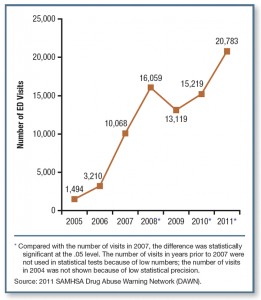 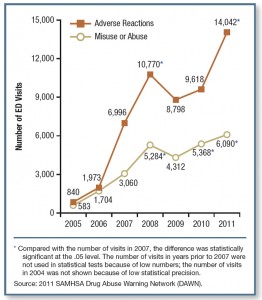 So what should be done about this increase in adverse reactions to energy drinks? Should the government issue a ban? Government intervention in situations such as these does very little to solve the problem. The problem here is not that energy drinks are harmful, the problem is that people abuse them, or act irresponsibly with them. Remove this product and another is sure to pop up in its place; as is the case with illegal drugs.

Unfortunately the state cannot protect people from themselves. Their attempts to do so only serve to remove freedoms and hinder one’s ability to make responsible personal choices in the future. The answer here is knowledge, a lesser ignorance. Knowing that something is harmful and choosing to partake in it anyway is not a wise choice, however learning from these irresponsible actions will serve society well. We, as a society, must have the ability to make poor choices on an individual basis, for it is the only thing that keeps us free. Take away our ability to learn from our mistakes and we are doomed to a lifetime of dependency and carelessness.