Diamer-Bhasha Dam: will Dar be able to convince World Bank 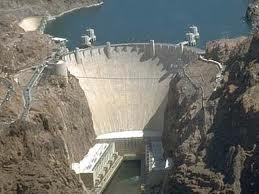 Diamer-Bhasha Dam will Dar be able to convince World Bank

The question whether or not Finance Min-ister Senator Ishaq Dar will be able to convince the World Bank to fund 4500MW Diamer-Bhasha Dam without a no-objection certificate (NOC) from India is currently under discussion in different Ministries including the Water and Power Ministry.

Islamabad-based World Bank officials, senior officials of the Water and Power Ministry and Wapda remained tight lipped when asked if Dar”s recent claim that he would successfully persuade the World Bank to finance the $14 billion Diamer-Bhasha Dam without first getting an NOC from India. Wapda officials told this correspondent that the World Bank had been delaying the project for the past 11 years and had instead offered funding for run of the river 4,320MW Dasu hydropower project.
The World Bank as well as other multilaterals cannot approve funding for any project that is in disputed territory and it is for this reason that projects in both Occupied Kashmir as well as Azad Jammu Kashmir have not qualified for support. “Pakistani officialdom has failed to grasp the fact that multilaterals such as Asian Development Bank (ADB) and the World Bank will not support the construction of the 4,500-megawatt Diamer-Bhasha dam in what is considered a disputed territory unless both countries party to the dispute approve the project,” commented a power sector analysts.
Dar”s claim therefore that he would succeed in convincing the World Bank that it was not legally necessary to seek an NoC from India to build Diamer-Bhasha Dam “maybe wishful thinking,” they add. Official documents available with Business Recorder reveal that USAID has indicated its willingness to extend $1 billion for the project, of which $200 million will be for a feasibility study. The US ambassador to Pakistan has also indicated that his country is in contact with senior World Bank authorities with regard to support for the Diamer-Basha Dam.
“If donors and ADB do not support immediate initiation of the Diamer-Bhasha Dam project by announcing a time-bound financing plan and construction schedule, GoP may adopt an alternate plan to construct the dam. Bulk of the financing for the civil works and the E&M equipment would be sought from export credit banks and supplier”s credit from foreign companies that win the contracts. The response is likely to be encouraging as preliminary discussions have already taken place,” the sources said.
News Source
Courtesy Business Recorder
Tweet