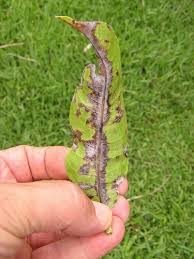 There is a heavy mandate in the U.S. to develop alternatives to chemical pesticides for controlling agricultural pests. Studies have shown chemical pesticides can cause significant health risks to humans, contaminate water supplies, and harm non-target life. One solution to this problem involves genetically enhancing plants to combat pests directly. Plants can be grown without chemicals and with increased resistance to disease and pests by using genetic engineering. Sugar beets, for example, are very susceptible to a variety of worms, whereas other types of beets are not because of a protein they naturally produce. Genetic engineers can take the gene from the worm-resistant beets and insert it into the DNA of the sugar beet. The engineered sugar beet is no longer at the mercy of the worm, and the environment is not harmed.

The following situation is an example of the debate surrounding the use of genetic engineering in agriculture; like all choices, it has both positive and negative consequences.

Pros of the Bt Corn Issue

This fungus produces chemicals called mycotoxins, which are toxic to humans and animals. Genetic scientists have found a solution to this troublesome pest, without the use of chemical pesticides which harm the environment and humans. Bacillus thuringiensis (Bt) is a common bacterium that grows in the soil and is harmless to humans and animals. This bacterium secretes a protein that is toxic to the corn borer. Scientists inserted the protein producing gene from the Bt bacterium into the genetic code of corn plants, and the resulting seeds produce normal corn plants except that the plant also contains the corn borer killing protein. When one of the worms bites into the corn plant, it ingests the protein, and is killed. The protein is completely harmless to humans, and has been given full approval by the USDA. Today, nearly 40% of all corn grown in the United States is produced from genetically engineered seed.

Cons of the Bt Corn Issue

Bt corn proponents argue that in nature, the larvae will only have a 10 day period in which they may ingest the pollen from the corn plant, and the pollen may easily be washed away by rain or dew. Additionally, larvae have a wide variety of plants to feed on in nature, most of which will not have the Bt corn pollen on them. Finally, one must take into consideration the alternatives to Bt corn. If traditional corn is used, large amounts of chemical pesticides must be used, which damages a wide variety of non target life, including the monarch and other species. They argue that Bt corn is much safer for the monarch butterfly, and does not effect any other non target life. Therefore, when all factors are taken into consideration, Bt corn is actually much safer than current methods of pest control- safer for humans, and safer for non target life as well. Still, Greenpeace and other organizations are calling for the ban of Bt corn, and other genetically modified foods until their safety to both humans and the environment may be better proven.