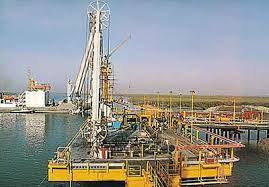 THE decline in rice export this year so far has assumed an alarming proportion.

According to the figures released by Rice Exporters Association of Pakistan, the basmati export decreased by a colossal 60 per cent in the first five months of the current fiscal year — from 403,000 tonnes in the corresponding period last year to 160,000 tonnes this year. The fall recorded for the first four months was 52 per cent.

Similarly, the export of non-basmati varieties also fell by 62 per cent in the same period: from 531,000 tonnes in 2011 to 333,000 tonnes in 2012. The fear is that the next seven months would prove even harder because the factors that brought down these exports not only continue to exist but are worsening — at least this is what Reap thinks.

Reap has also listed reasons for the fall; some valid and others driven by business interest. It claims, with a measure of justification, that massive electricity loadshedding and gas management has hit its business like never before. As per Reap estimates, power loadshedding has reduced the milling capacity by 50 per cent. Gas management has been exceptionally delayed drying process. Both of them have very badly affected the entire chain — drying, husking and milling — up to 50 per cent, making it hard for them to meet export orders even when they have them.

Two other factors listed by the Reap are high domestic prices and loss of Iranian market, which was the biggest for Pakistani rice. They say that as long as Pakistani rice maintains a price of $200 per ton less than its Indian competitor, it keeps its share in the world market. Once the gap closes, the consumer preference shifts to Indian rice. That is what has been happening this year.

Higher domestic prices have robbed Pakistan of the rise in its market share. India had healthy stocks and is flooding the international market. The loss of Iranian market has been the third biggest factor. The two operational rates (official and un-official) of Iranian riyal, and the difference between both rates, is of 250 per cent. The Indians have no issue with US sanctions against Iran and doing business as usual, but Pakistani bank channels have stopped opening letters of credit, respecting US sanctions. All these factors put together have taken export figure down phenomenally.

But the Reap also needs to apportion blame to itself. After all, rice research is its business as well. In India, which is often quoted by the Reap as a model for developing new and better yielding varieties and doubling exports in a span of few years, the private sector has led the research. Two of its recent varieties, which helped it increase production and export, were invented by the industry. The Reap needs to take a cue from it.

The above-mentioned research institutions are falling short of resources, but the Reap has not chipped in. Its export had ranged between Rs200 billion to Rs250 billion, but the industry has not been able to spare a few million rupees on research. It is asking Punjab government to allot it five acres of land to develop a rice training institute and requesting the federal government to finance construction.

Apart from blaming the government and its institutions for the failure, the industry needs some soul searching as well: what has it done to improve its business? The industry and farmers have been regularly at logger heads when it comes to marketing ethics. There is hardly a year when the farmers have not blamed the industry of market manipulation to keep the domestic prices down.

It only goes to show that there is no backwards integration of the business. Rice is essentially an export crop, with farmers and industry being integral part. Unfortunately, there are no bridges between them. Both work to maximise their profits at the cost of each other.

The industries and farmers world over save each other from marketing shocks. In Pakistan it is exactly the opposite; they create marketing upheaval to increase their profits. The industry has a role to play here; help the researchers develop new varieties, take them to farmers and keep the marketing process clean and transparent. Unless that happens, both jointly take the entire market down and the national economy with it.

The industry also wants to take control of the Quality Review Committee (QRC), without realising that it was an exercise in self- defeat. Nowhere in the world an exporter is allowed to check the quality of the consignment. The pre-shipment inspection to ensure quality parametres is always a third-party business. In the beginning, the government allowed the Reap to voluntarily check quality of exports. But as the concept evolved, the government handed over the QRC to Trade Development Authority of Pakistan. Both seem to be missing the concept. If exporters cannot be made responsible to check their own quality, the governments also have no business to do that. It has to be a professional assignment, which inspires world of confidence in Pakistani exports and their quality.