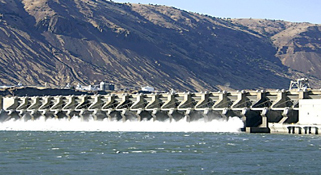 The country’s highest project approval body on Wednesday deferred a decision on the 4,600-megawatt Dasu hydropower project after finding its cost exorbitantly higher at Rs735 billion – an issue that the Ministry of Water and Power is reluctant to address despite earlier warnings.

The Executive Committee of the National Economic Council (Ecnec), which met at the Prime Minister’s Office with Finance Minister Ishaq Dar in the chair, told the Ministry of Water and Power to rationalise the cost of the project, according to officials of the Ministry of Finance.
Earlier, the Central Development Working Party (CDWP), a body that approves projects costing up to Rs1 billion and recommends big ones to Ecnec for approval, had conditionally recommended the project with a directive to the Ministry of Water and Power to cut its cost. It also constituted a committee to revise the cost estimate.
The Ministry of Water and Power had estimated the cost at Rs735.6 billion including foreign exchange needs of Rs383 billion. However, experts at the Ministry of Planning put the cost at Rs685 billion, which CDWP Chairman Ahsan Iqbal suggested could be lowered further.
Instead of addressing the concerns, the Ministry of Water and Power took the project to Ecnec for the green signal.
A major flaw in the project document was that the Ministry of Water and Power had come up with the foreign currency requirement at an exchange rate of 95 rupees to a dollar. However, the existing parity is about 106.
In an effort to meet pressing energy needs, the government strives to push ahead with mega dam projects. It wants to construct Dasu Dam first as it faces hurdles in arranging finances for the $13 billion Diamer Bhasha Dam.
Jamshoro power plant
During the meeting, Ecnec approved, in principle, a project of shifting Jamshoro power plant to coal, though it found the same cost problem in this project as well.
The committee conditionally gave the go-ahead in order to pave the way for a $900 million loan from the Asian Development Bank (ADB), which had insisted on seeking Ecnec’s nod before signing a financing agreement. Soon after the meeting, the government and ADB inked the agreement.
Earlier, the CDWP had also cleared, in principle, the Jamshoro power project despite the higher cost and incomplete environment and feasibility studies. It left the job of fixing the problems with bureaucrats.
The CDWP, though, had found serious flaws in the project’s PC-I – a document that carries important details including financial viability, cost estimates and engineering details. It noted that the Ministry of Water and Power had overestimated some of the costs and feasibility and environment assessment studies were also faulty.
“CDWP’s observations about technical and financial details be worked out in consultation with all federal government stakeholders followed by necessary modifications where needed,” Ecnec was quoted as saying in a handout issued by the Ministry of Finance.
Other projects
Ecnec also approved the Sindh Agricultural Growth Project at a total cost of Rs8.9 billion. The project is aimed at improving the productivity of agriculture, horticulture and livestock in the province.
A project for the capacity building of teachers’ training institutes and training of elementary school teachers also won approval. Costing Rs3.2 billion, the project will spread quality education across Punjab.
Ecnec cleared the Integration of Health Services Delivery project of the Khyber-Pakhtunkhwa government, besides a nutrition support programme in Sindh that would cost Rs4.2 billion.
Ecnec also gave its seal of approval to the Pakistan Atomic Energy Commission’s project for acquiring land and developing basic facilities for a nuclear power plant at Muzaffargarh at a cost of Rs1.7 billion.
It directed the Ministry of Water and Power to consult the National Electric Power Regulatory Authority about future determination of civil nuclear energy upfront tariff while taking into consideration all technical and financial details.
Tweet