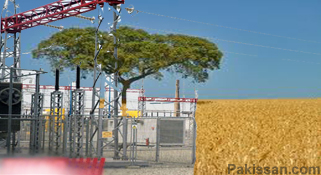 Iran has agreed to barter wheat worth $9 million from Pakistan in relation to Pakistan”s debts for electricity supplied by Iran, Iranian Deputy Energy Minister Mohammad Behzad said. It is worth mentioning that the Iranian Plant Protection Organisation had announced earlier that it will not approve the quality of Pakistani wheat.

“We just agreed on barter trade of goods in relation to electricity supplies,” Behzad said. “The Iranian Ministry of Industry, Mines and Trade made a decision in such topics as type of goods.” Due to imports of electricity from Iran, Pakistan is in debt to the Islamic Republic to the amount of $51 million. In the wake of the US sanctions and its allied countries of EU, Japan and Canada, Iran was unable to get the $51 million from Pakistan for the electricity it is exporting to some areas of Balochistan.
A decision was made that Pakistan would provide the wheat and rice instead of cash and Tehran has agreed to it. Iranian energy company-TAVANIR in its communication to Foreign Office of Pakistan said that it is going to cut the electricity supply of 74 MW by August, if its dues are not paid. Iran is exporting the electricity through 132 kv transmission line from Jakigur to Mand. In 2006, Pakistan imported 39 MW and then 36 MW more added from the Iranian side.
Pakistan is currently importing electricity of 74 MW from Iran for bordering areas of Balochistan. Islamabad did not pay for the electricity being imported since June 2011 up till now, according to Iranian officials. Iranian electricity is currently being imported at the rate of 8-9 cents per unit.
Tweet