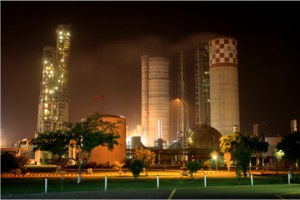 This translates into EPS of Rs 6.33 as against LPS of Rs 5.83 on Engro Corp 511 million shares, Topline Securities (Pvt) Ltd, said on Friday.
During the period, revenues increased by 78 percent YoY to Rs 34 billion mainly due to company operating its more efficient EnVen plant.
In addition to this, both plants were operational during the 3Q2013. Both the reasons resulted in gross margins rising to 43 percent (up 12pps YoY), it said.
Moreover, other income increased significantly by 188 percent to Rs 612 million while financial charges declined by 14 percent to Rs 6.9 billion lending support to the bottom line, it said.
On a quarterly basis, the company’s profits stood at Rs 1.8 billion (EPS Rs 1.48) in 3Q2013 as compared to loss of Rs 1.2 billion (LPS Rs 1.10) in same quarter last year, while up 2.0x when paired against 2Q2013 EPS of Rs 0.7. 3Q2013 earnings are primarily driven by 31 percent higher urea sales as both plants were operational, the securities said.
Tweet