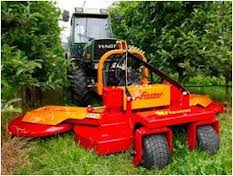 Increasing the peanut (Arachis hypogea L.) digger efficiency by accurate placement over the target rows could minimize damaged pods and yield losses. Producers have traditionally relied solely on tractor operator skills to harvest peanuts. However, as peanut production has shifted to new growing regions in the Southeast US, producers face difficulties digging peanuts under conventional and new management schemes.

The present study aimed to: (i) determine the effect of row deviations (RD) of the digger from the target row on peanut yield and quality, and (ii) determine the economic value of using RTK auto-steer guidance systems to avoid tractor deviations during peanut harvest. The study consisted of a randomized complete block design of tillage [conventional (CT) and strip tillage (ST)], row patterns [single (SR) and twin (TWR)] and row deviation (RD0 mm, RD90 mm, and RD180 mm).

While a farmer using an RTK auto-steer guidance system with an accuracy within 25 mm (RD0 mm treatment) could potentially expect additional net returns of between 94 and 404 $ ha−1 compared to those from row deviations of 90 mm, higher net returns of between 323 and 695 $ ha−1 could be perceived if the guidance system is used instead of having row deviations of 180 mm. Therefore, the use of RTK auto-steer guidance system will allow growers to capitalize on the increases in yield potential by implementing changes in tillage and row patterns as those evaluated in this study.