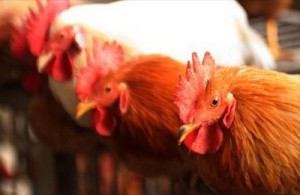 PAKISTAN – Pakistan stands to benefit from growing demand of Halal food the world over. Currently, ten per cent of live birds are being exported, and when converted to value added products, could fetch over $40 million per annum, according to Khalil Sattar, Chairman Pakistan Poultry Association.

According to Business Recorder, Mr Sattar highlighted the efficacy of the poultry industry in Pakistan and said that the sector is playing a key role in poverty alleviation. During 2011-12, it provided approximately 1.7 million jobs to skilled, semi-skilled and unskilled workers from rural areas, thereby reducing chances of huge urbanisation.

In addition, since it could be started with low investment, poultry is an important means of self-employment and provides an opportunity to women to be self-employed as well. It has thus played an important role in poverty alleviation by improving rural economy, he added.

Talking about the expected production in 2018, Mr Sattar said that by the end of 2018, the poultry sector would be producing 1.4 billion broilers from the current 1.02 billion. In order to sustain the existing growth rate of 15 per cent production, production of feed ingredients have to be increased by 15 per cent per annum, particularly corn.

Mr Sattar emphasised on withdrawal of zero rating of sales tax on processed and value added products which has increased the cost of production by Rs 20 – 45/Kg. This withdrawal is reducing the demand thus becoming an impediment to the economy. He also demanded removal of anomalies and added that import of machinery, equipment and implements should be free of advance income tax to reduce cost of investment.

He said government support to achieve all success in the poultry industry is very crucial while fiscal incentives for the poultry industry is the need of the hour in order to reduce cost of production and bring about economy of scales. Highlighting the poultry industry’s contribution to the national economy, he said poultry is by far the largest consumer of agro-residue and by-products, such as oilseed meals, wheat bran, rice polishing, broken rice, corn gluten meal, guar meal, fish meal, animals’ by-product meal.

He further said that the Ministry of Food & Agriculture has already advised the provincial chief secretaries against price fixation and control of poultry products. Nonetheless, frequent price fixation and controls by the administration by use of coercive measures of arrest and fines, particularly in the absence of any relief during periods of severe losses, is unjustified.