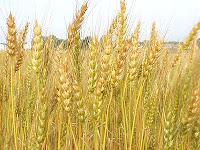 These Monsanto monsters need to be stopped by any means necessary. Do you really want to feed vegetables and fruit to your children that has been GENETICALLY MODIFIED?

I am so sick and tired of hearing all these damn judges ruling for Monsanto because they’re getting paid under the table by Monsanto. I am amazed that no one has thought to check into the financials of these judges that rule against our country’s farmers. You know what they say: The most obvious answer is usually the right one.

Monsanto will tell you that their GMOs have been tested. Sure they have. BY THEIR OWN SCIENTISTS. Monsanto won’t let any outside scientists conduct tests on their GMOs. Hmmmm . . . I wonder why!!

We are the only country in the world that allows this to happen. Even countries that are literally DYING for food won’t touch GMOs and don’t want Monsanto in their countries.

Our politicians so freakin’ greedy for the kickbacks from Monsanto that they will sacrifice their morals and ethics. I can guarantee this . . . if Monsanto employees won’t touch food contaminated by GMOs, how much do you want to bet that the asshole that owns Monsanto won’t even eat foods contaminated by GMOs.

An idea: Take everyone that supports Monsanto and put them in a room full of fruits and vegetables that are contaminated by GMOs. That’s all they will get to eat for a week. Let’s see how many of them come out starving because they wouldn’t touch the stuff.

It is time we took back our country. It is time WE get to choose what we feed our families.