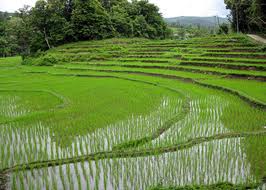 Two-thirds of the world’s one billion hungry reside in Asia and the Pacific and rising food prices are bringing the specter of food shortages and undernutrition to millions more of the region’s poor.

In response to this regional food crisis, ADB has shifted its strategic focus from agriculture to a comprehensive multi-sector food security engagement with the goal of curbing food insecurity, particularly among the poor and vulnerable.

As defined by the Food and Agriculture Organization (FAO) food security exists when all people, at all times, have physical, social, and economic access to sufficient safe and nutritious food that meets their dietary needs and food preferences for an active and healthy life. This is far from the situation in Asia and the Pacific.

The ADB report Global Food Price Inflation and Developing Asia shows global food prices hit a new peak in February 2011. ADB economists predict that the subsequent 10% rise in domestic food price inflation in developing Asia could cause 64 million more Asians to sink into poverty. These unprecedented global food price surges expose vulnerabilities to food and nutrition insecurity not only of the region’s households but also of its governments.

Both rural and urban poor spend more than half of their income on food. Recurrent food price spikes are a setback for attainment of the Millennium Development Goals (MDGs), especially those related to poverty and hunger reduction.

It is estimated that close to 50% of the population will be living in urban areas by 2026. Supplying growing cities with adequate and affordable food is a major challenge, requiring massive investments in food distribution, storage, and marketing facilities.

ADB’s efforts and strategy to achieve food security in the region are outlined in the 2009 Operational Plan for Sustainable Food Security in Asia and the Pacific. The plan puts emphasis on the integration of agricultural productivity, market connectivity, and resilience against shocks and climate change impacts as the three pillars to achieve sustainable food security. ADB has committed $2 billion a year for 2010–2012 to the goal.

Through the operational plan, ADB is addressing the three binding constraints to sustainable food security: stagnating food productivity and production; lack of access to rural finance, infrastructure, technology, markets, and nonfarm income opportunities; and the threat of climate change and volatility of food prices.

According to the FAO global production will need to increase by 40% by 2030 to keep pace with global demand. Investment requirements for a more efficient and effective food supply will be huge, considering the decades of underinvestment in the agriculture sector.

Asia faces an acute water shortage. By 2030, demand for water is anticipated to exceed supply by 40%. Since 80% of water is used for agricultural production, lack of water leads to lack of food. To grow more food with less water in the region, the productivity of water will need to be improved substantially, through more efficient and sustainable management of water.