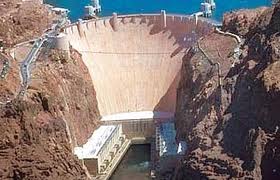 Federal Minister for Planning, Development and Reforms, Professor Ahsan Iqbal Friday said government assigned highest priority to Diamer-Bhasha Dam because a serious water crisis is looming in next five to ten years which will be much bigger than electricity crisis.

“We are following an integrated approach towards solving energy challenge in the country. This will not only rectify our Energy-Mix but also provide storage for 8.1 MAF of water which is equal to lost capacity of Mangla and Tarbela Dam due to silting”, he said this while addressing a meeting here.
The meeting was held with World Bank, Asian Development Bank (ADB) and Japan International Co-operation Agency (JICA) to discuss power sector reforms in line with purposed loan for power generation projects.
World Bank, ADB and JICA delegation met the Minister for Planning Development and Reforms regarding drafting development of policy matrix and formulating financing plan for energy sector programme loan.
The Minister briefed the participants regarding the issues of energy shortages in the country and talked about Vision-2025. He apprised the participants that Government of Pakistan is focusing on least cost power generation plan such as to produce power through our indigenous resources like coal and hydel in a bid to overcome power shortage in the country and to rationalise the tariffs.
Ahsan Iqbal said, “We had a very comprehensive energy policy in vision-2010. We planned 28,000 MW of electricity by 2010 but unfortunately, our plan was thrown out by Musharraf.” There was no planning for 14 years, whose consequences we are facing today. Now
we have restored independence status of Planning Commission in order to plan for the growing needs of our population, he added.
Farkhand Iqbal, Senior Chief Engineer of Energy wing elaborated on power generation through indigenous resources and stressed on development of Gadani Power Park of 6,600 MW based on imported/Local coal and development of Diamer-Bhasha Dam to store 8.1 MAF of water and to produce 4,500 MW of cheap electricity.
This, in long-run, will resolve the issue of circular debt forever and will reduce burden on the economy to a great extent.
While elaborating the integrated energy policy in Vision-2025, Iqbal said, “We have paid circular debt in first three months of the government and our next focus is the change of Energy-Mix. We have already started work on substituting furnace oil with coal and the cheaper means. We are working to develop Thar-Coal field.
“We are also addressing governance and management issue in energy sector. The government has launched comprehensive crack down against defaulters and to stop electricity and gas theft/losses. Reforms in energy sector are part of our manifesto,” he added.
The representatives of ADB apprised the Minister that Asian Development Bank is already working on two coal-fired plants of 600 MW each in Jamshoro. Representatives of JICA informed the meeting that they were working on feasibility study of Thar-Coal in Sindh and work will start next month. The Minster asked the lending agencies to provide soft loans for completion of all of energy related projects.
The Minister also thanked World Bank, Asian Development Bank and JICA for working on energy transmission lines and small hydro power projects.
News Source
Courtesy The Nation
Tweet