Govt urged to ensure registration of farmers with landlords 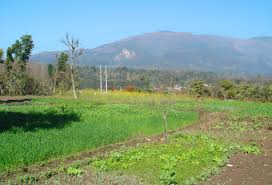 Govt urged to ensure registration of farmers with landlords

There is urgent need to ensure registration of haris (farmers) with landlords as per the law so the most oppressed community may see their rights protected and can get access to the health and education facilities provided under labour laws.

Peasant rights activists, lawyers and others demanded this while speaking at a consultation meeting on the ‘Issues of peasants and the role of lawyers and media’, The meeting organised by Pakistan Institute of Labour Education and Research (PILER) on Monday. They said it must be obligatory for landlords to get all the peasants registered and ensure their rights as per the Tenancy Act.
In Sindh, especially in southern parts of the province, wages for cotton picking women have been fixed around Rs 300 recently from earlier Rs150 only, but the horrible situation is that the women workforce not provided that wages. Researcher Bisharat Lanjwani, Advocate Hussain Bakhsh Mari, Advocate Yaseen Khaskheli, Advocate Rafiq Shah, Amir Bukhsh Burdi, Jabbar Dharejo, hari leader Ghulam Ali Leghari, Shujauddin Qureshi, Noubahar Wasan, Mir Hassan Mari of Pakistan Fisherfolk Forum (PFF), Nisar Mangrio and others took part in the discussion and gave suggestions how to protect the rights of haris.
Bisharat Lanjwani pointed out that there should be hari courts in all the districts like regular judiciary so the farmers may get justice. He said there are similarities in the feudal system all over the world. But the other countries have formed labour judiciary, parallel to regular judiciary to focus the cases of labourers and peasants in a transparent manner to safeguard their rights.
The judicial system in other countries is running with proper mechanism to resolve the labour issues through implementing labour laws strictly. This could be made productive here too. But in Pakistan it is being considered that taking up cases of haris rights may affect the production.
Hence, haris should not be left in isolation, as they are contributing a lot to the national exchequer through agriculture products. He suggests that the issues of haris should be taken as the state problem.
Earlier, Shujaudin Qureshi introduced the PILER’s thematic areas and its contribution to mobilise the scattered formal and non-formal labourers in the country on the basis of protecting their rights. He said lawyers and media can play a role to safeguard the rights of haris by taking their issues to proper forums seriously, especially move the cases of atrocities to judiciary.
He said except Tenancy Act 1950, all the other laws are presently non-functional due to various reasons and unable to protect the rights of the agriculture workforce.
The speakers said there are hardly four labour courts in the entire Sindh province, which are incapable to get such cases and resolve the same.
They said 44 percent workers belong to agriculture sector, but there is no separate court functional, specifically for haris. They urged the government to declare the status of farmers so they may get their rights.
There should be hari courts accessible to farmers. Lawyers should have studied these laws and ordinances to take up the matters related to farmers to proper courts for resolution of the cases.
Tweet