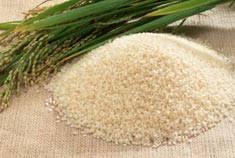 After a historic export of over 72623 tonnes non-Basmati rice to China this year, Pakistan has lost Chinese market to Vietnam mainly because of low quality of the exports and higher price of the commodity. The artificial jump in price of the commodity in local markets as a result of unchecked smuggling to Afghanistan and hoardings in the country has not only made the commodity uncompetitive in other foreign markets but also result in loss of the lucrative market in neighbouring country.

Chinese market was being eyed as an alternate to Iranian market, which has been closed due to US sanctions. According to exporters, the most unfortunate trend in the country was the role of brokers and some blackmailers among growers who send bulk of produce without ensuring required/demanded quality to a market opened for Pakistan. One of the reasons of closure of the Chinese market was the cases of low quality of the exports by Pakistani exporters reported in the neighboring country. However, major reason could be the difference in price as Chinese importers have now moved towards Vietnam which is exporting rice at lower price. As a result, Pakistan’s rice export to Beijing has almost come to a halt.

Last month, Rice Exporters Association of Pakistan (REAP) had claimed that Chine had emerged as big market for Pakistani rice and a highly encouraging volume of the commodity was exported. A record export of 72623 tonnes worth $30 million Non-Basmati rice to China was made in January 2013 which was considered good support to the country’s total exports.

Chinese market was also important in the sense that India, which has captured various Pakistani markets in the gulf region, had no access. In the absence of the cheaper product of India in China, Pakistan, as the exporters believe, could have better share. However, Pakistani products could not hold the market despite having the advantages of freight cost as compared to Vietnam.

Pakistani export of rice during the first nine month of the current fiscal year has declined almost 47 percent as compared to the exports recorded in the corresponding period of last financial year. In view of the huge fall in exports the country may hardly touch previous figure of the $2 billion exports. According to sources, at least $1.3 billion worth exports were recorded during the past 9 months.

After China, Sri Lanka has also emerged as a good market for Pakistani rice where at least 6000 tonnes were exported this year. But the loss of potential markets like Iran and other Arab countries is said to be a major blow to the country’s rice exports this year.