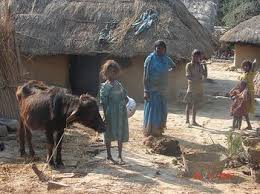 Low-income families will be hardest hit by rising food prices, local food experts say.  Everything from bread to meat is expected to increase in price throughout the  year. Randalin  Ellery, coordinator of the Guelph and Wellington Task Force for Poverty  Elimination, said food prices are already high for people living in poverty – whether they  are on social assistance or among the working poor. Higher prices will further restrict  their access to fresh produce and meat.

“For a healthy diet you need fresh fruits and vegetables,” she said. “With prices increasing, people will have to try to get as many calories per dollar that they can. Foods that are high in calories are normally not healthy for you. But they are cheaper.”

The price of corn reached $7 a bushel recently – double what it was last summer – on speculation that stockpiles will remain low even after the fall harvest. The price of corn, wheat and soybeans are all up significantly following poor growing conditions last year on the Canadian prairies, in China, Australia, Russia and parts of Europe.

Higher commodity prices translate into higher costs for livestock feed and therefore higher prices for meat at the butcher shop. Higher fuel costs are contributing to the increases. The price of bread and other baked goods is shooting up.

Heavy rains in Columbia have wreaked havoc on coffee crops, sending coffee prices soaring. Tim Hortons is responding with a 4.5 per cent price hike for its coffee, as well as mark ups on baked goods. Bread making giant George Weston Ltd. raised its prices by five per cent this week.

The poorest members of the community will feel the impacts with the greatest severity, Evan Fraser said. Fraser is a food security expert in the University of Guelph’s geography department.

He said statistics indicate Canadians could face a five to 15 per cent increase in the price of food over the next year. And we should expect the cost of food to continue in an upward trend for years to come, he added.

Relative to other parts of the world, Canadians are generally buffered from food price increases because we spend a fairly small portion of our income – eight to nine per cent – on food. Most will be able to accommodate the higher food costs, but the poor will find it difficult to cope, and will have to turn increasingly to cheap, unhealthy food choices, he said.

“Areas in the world, or areas within Canada, where families spend higher percentages of their household income on food are much, much more exposed to this,” said Fraser. “For Canadian consumers, the poorer consumers are absolutely the worst hit – there is no question about it.”

Ellery said with higher food prices, many families will be forced to spend less on things like recreational programs for kids, transportation and a host of social activities, focusing instead on the bare necessities.

Judy Sheeshka is a professor of Family Relations & Applied Nutrition at U of G. Research conducted by her students at 40 Baker Street, a facility that offers several programs for the vulnerable in the community, shows there are people in Guelph who go two days or longer without anything to eat.

“Some of them dumpster dive to get food to eat,” Sheeshka said. When employment and living circumstances are precarious, many are at risk of going hungry. When food prices go up, such people are even more at risk of hunger, she said.

“They know what a healthy diet is, but they feel that they can’t afford it,” she said. “It is just out of their reach.”

Fraser said we have to acknowledge that food prices are unlikely to be as low in the future as we have been used to. “I think it is inevitable that the future means higher food bills for everybody,” he said. “And we have to learn how to adapt to that.”

Energy prices are expected to continue to increase over the next 50 years. As well, the global demand for food is rising and will continue to rise as the population grows, as urbanization continues and as meat-based diets increase in India and China. All will drive demand, and prices, up.

Biofuel production is also placing demand and price pressures on certain crops, he added, while climate change, soil degradation, droughts and floods have driven the supply of food down.

Local food systems offer a buffer between the consumer and the international food market, he and others added, as does making your own food items.

Supporting local farmers and farmers markets is a critical part of the local food equation, but so too is storing more food, at a household, regional and national level. Such stores serve to moderate market volatility.

Ellery said the Guelph and Wellington Food Round Table is working to establish a regional food system for Guelph and area, and is committed to increasing the number of community gardens so that people have greater access to fresh fruits and vegetables.