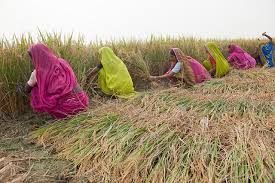 Understanding how socio-economic forces have shaped water use in the past can help inform sustainable water management in the future.

In this study, the researchers used a high-resolution water-use model to assess the effects of global change on how freshwater has been used in the domestic, manufacturing and thermal electricity production sectors in 177 countries for the period 1950 to 2010.

Estimates of water withdrawals and water consumption were made based on socio-economic factors, such as population change, economic development and technological changes, as well as available statistics at the national level. At the global level, the study revealed that domestic sector water withdrawals increased by an average of 2.2% a year, a result of population growth and increasing affluence. Densely populated regions have the highest domestic water withdrawals, such as the eastern USA, Europe, India and China. Increased domestic water use is particularly evident in Asia, reflecting the economic development of the region.

Technological developments improve water use efficiency and save water. In the domestic sector, improved water infrastructure, advances in water-efficient appliances, the use of water meters and water pricing led to only moderate increases in global water use between 1980 and 1995, but since then, domestic water use has increased, owing to global population increases and economic development.

Water use by thermoelectric power plants was also assessed by the study. These use heat to produce electricity and require large volumes of freshwater for cooling purposes. Most of it is returned after use, but the warm water damages aquatic ecosystems. Global withdrawals of water for the thermoelectric sector rose to 600 km3 a year in 1979/1980 as a result of the oil crisis. While withdrawals then declined up until the mid-1990s, due to transition changes in a number of eastern European countries, they then increased again slightly. Technological improvements in cooling towers and legislation to reduce thermal pollution, especially in developed countries, have successfully reduced water withdrawals in this sector even though thermal electricity production has increased.

Wastewater generated globally from the domestic and manufacturing sectors increased 22% between 2000 and 2010, mainly caused by economic development in emerging countries. About 47% of the wastewater requires treatment. Current hotspots of untreated wastewater were identified in east and south-east Asia, northern Africa, southern and eastern Europe and Central and South America. To reduce further harm to the environment and health, targeting untreated wastewater is essential, the study argues.