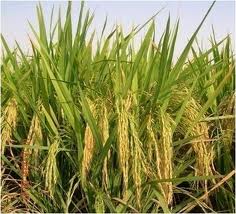 International buyers have lost trust over Quality Review Committee (QRC) certifications, as the Trade Development Authority of Pakistan’s move to take control of QRC from Rice Exporters Association of Pakistan (Reap) has opened a new door of bureaucratic corruption, leading to a huge decline in Basmati rice exports.

Under the new management of certification, which is based on total physical characteristics despite availability of latest techniques to ascertain rice quality,
TDAP officials have started creating hurdles for every quality certificate for rice export at a time when trade has already declined due to wrong policies by previous government.
Chaudhry Sameeullah, Vice Chairman Reap, said in a statement issued on Thursday that genuine exporters are now facing delays in trade activities due to the cumbersome documentation and misleading and disruptive SOP’s formulated to get their consignments certified from government offices. Giving the QRC control to government department and eliminate the private stakeholders’ involvement is a setback for rice export, which is already on decline, he added.
The Reap is contributing a handsome share in country’s foreign exchange having raised the exports of Rice from $300 million to $2.5 billion during last four years, but transferring the control of QRC to DG TDAP Lahore has created monopoly, uprooting the whole Quality Control Structure of Reap. Samee added that 99 percent of rice exports inspections are carried through QRC Karachi office.
The QRC setup at Karachi, due to heavy load of inspections, it requires special consideration by filling the post of Controller QRC with a skilled person so that operations may go smooth. The REAP already requested Chairman QRC, DG TDAP Lahore, to recommend Controller North services to this vacant post.
The QRC inspection at North Zone is barely minimal and hence Controller should be available at Ports where almost 99 percent of Basmati rice is being inspected.
The vice chairman stated that QRC to facilitate the exporters of quality Basmati rice has transformed into sheer ruthless inspection body where there is no concept of facilitation. The staff behaviour has changed from “A Facilitator for Quality Exporters” to “An Inspector Ensuring Quality”. As all the inspections are based on physical results and evaluation, which resulted in disputes for identification of variety, hence resulting in introduction of evil practices in Export Trade.
Moreover, he added that the revenues generated by QRC were supposed to be submitted in a jointly controlled account as per minutes of the meeting between REAP & TDAP Lahore but later, it was revealed that a singly signatory account is opened by TDAP which violates the rules of transparency.
Sameeullah mentioned that there is no mandatory pre-inspection by government on textile exports, surgical exports etc. Moreover, top three rice exporting nations including India, Vietnam and Thailand have no obligatory inspection structures on their rice exports.
He added that the QRC concept was evolved by REAP in 90’s to assert EU that the rice shipped was in compliance to EU Regulation.
As REAP had managed it quite well, the sitting Minister Ishaq Dar, appreciated REAP’s management and replicated it to all Rice exported from Pakistan. Since its inception, it has been professionally controlled but unfortunately, the TDAP management has uprooted an established organisation in to a disputable, controversial and bureaucratic organisation.
Under the circumstances, our members have serious reservations on ineffective QRC operations under TDAP and majority of exporters under REAP umbrella has mandated for abolishment of QRC in case the bureaucratic hurdles are not removed in way of export.
News Source
Courtesy The Nation
Tweet