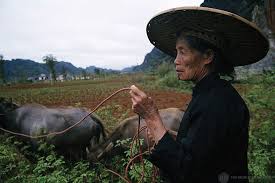 By DOREEN NAWA
THE use of information and communication technologies (ICTs) has expanded opportunities for small scale farmers aiming to extend their agri-businesses into viable and sustainable ones.

The ICTs are addressing the need to better the way small-scale farmers access the market.

Failure to access market has been one of the greatest challenges that Zambia’s small scale farmers have been facing. But with the use of ICTs in accessing market places and prices, the plight of these farmers could soon be history.

Failure to access the market and market information has often made small-scale farmers vulnerable to exploitative briefcase businessmen.

Until the Short Message Service (SMS) system was put in place, farmers had very little knowledge about market prices and had to sell their crop to intermediary buyers at prices often well below market rates.

The SMS trading system was introduced by the Zambia National Farmers (ZNFU). It is called the ZNFU4455.

According to ZNFU media liaison officer Calvin Kaleyi, the SMS system, which was launched in August 2006, is very simple to use.

“The service allows smallholder farmers to compare current prices in their district, province or nationwide and to make the best decision on

where to sell their produce, thus giving them commercial power that they did not have previously.

With support from corporate sponsors, we intend to introduce new commodities and services to the system,” Mr Kaleyi said.

“The system is very accessible for small farmers because mobile phone technology is cheap,” he said.

In addition, says Mr Kaleyi, the service spurs competition among traders and processors, who keep a close eye to see how their competitors’prices are moving.

The service allows smallholder farmers to compare current prices in their district, province or nationwide and to make the best decision on where to sell their output, thus giving them commercial power that they did not have previously.

So far, over 1,000 hits per week have been recorded on the system. It is estimated that more than 15 per cent of SMS messages directly lead to farmers selling their produce, and over 130 traders update their prices on the system weekly.

How it works
To obtain the best prices for a commodity, farmers simply send an SMS message containing the first four letters of the commodity name to 4455.
Within seconds, they receive a text message with prices by buyer using abbreviated buyers’ codes. If a farmer wishes to get specific prices in a specific district or province, he or she simply includes the province and district code after the commodity code.

After selecting the buyer that best suits their needs, farmers can send a second SMS message with the abbreviated buyer’s code again to 4455.
Currently, the ZNFU works with mobile phone company Airtel, which provides market information data in the regions it covers.

A text message is sent back with the contact name and phone number of the buyer, the full name and address of the company and simple directions for reaching both.

Farmers are then able to phone the contact and start trading. Each SMS message costs approximately less than K1. The system is also supported by a website, for those who have Internet access.

With the new system, they can request the latest market price being sent via SMS for any given commodity. Within seconds they receive information on best prices and the best buyers in a specified province or district.

The SMS service, which costs K0.80 ngwee for each message, enables farmers to compare prices and selected buyers to start trading.

Such a technology could be the first step towards creating a mobile phone commodity market for the whole of Africa and link up previously isolated small scale farmers.

“As small scale farmers, we face too many challenges like insufficient quantities to meet demands of large buyers, lack of bargaining power and skills, lack of information about the true value of  produce, and we travel long distances in the uncertainty of finding a market for the produce,” says Kenny Siatwinda, a small scale farmer in Chibombo.

“But with the coming of the use of ICTs in finding the market, I believe things will change,” Mr Siatwinda said.

The uncertainty of income and repeated failures in selling the  produce at a profit can cause the unavailability of capital to buy farm inputs such as fertilizer, pesticides, and improved technologies leading to a decrease in production and product quality.

ICTs have proven efficient in improving market access for small scale farmers and others to facilitate traceability of agricultural produce.

In Zambia, the agriculture sector has been identified as the main employer in the country with the greatest potential to reduce poverty.

Its contribution to the Gross Domestic Product (GDP) has remained below 20 per cent and the sector has recorded marginal growth in recent years.

“One of the reasons why agriculture seems not to contribute enough to the GDP is challenges we face in marketing the produce.

Some of the farmers end up losing out after investing so much money in inputs and after harvesting, their produce do not find market. But with such an in,” says Janet Mwiinde, a small scale farmer in Chibombo district.

Lack of access to reliable and up-to-date market price information is a serious problem for smallholder farmers across Africa.

Without market information, the farmers are vulnerable to unscrupulous traders giving them prices at below-market rates.

Furthermore, the small scale farmers are reluctant to diversify into different cash crops for fear of not finding a profitable market for their produce.