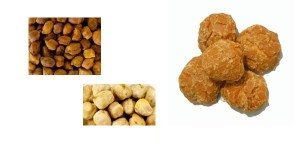 Indian chana, or chickpea, futures hit a contract low on Friday as rains over leading pulses cultivating regions and higher area under summer-sown pulses weighed on sentiment. Chana is a rabi crop sown during the winter months in India and farmers depend on rains to moisten the land for sowing.

GUAR Guar futures struck a contract low on rains in Rajasthan, the top producer, higher area under cultivation and mounting carry-forward stocks. October guar contract on the NCDEX fell 3.08 percent to close at 5,350 rupees per 100 kg, after earlier hitting a contract low of 5,310 rupees during the session. Guar seed fell 28 rupees to 6,944 rupees at Jodhpur in Rajasthan market in Maharashtra state.

JEERA Indian jeera, or cumin seed, futures inched down on higher spot supplies and rains in the leading cultivating states, though export demand supported the prices. The actively traded jeera contract for August delivery inched down 0.04 percent to 13,780 rupees per 100 kg on the NCDEX. Spot jeera fell 18 rupees to 13,730 rupees per 100 kg in Unjha. Courtesy Reuters