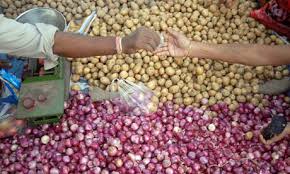 The economy of the Philippines grew 7.8% in the first quarter of this year, outperforming China and the rest of Asia. The media announced the news proudly and happily because this is the third quarter in a row that the country’s GDP exceeded 7%.

However, for those of us working in the agriculture sector, an important aspect of this news is that agriculture contributed only 0.4% of the 7.8% growth, compared to 35% contributed by industry and services. Agriculture accounts for almost a third of the labour force, and it is from the agricultural/rural sector that most of our poor emanate. Thus, it doesn’t look like that the country’s growth has been inclusive.

This situation is being experienced in many developing countries in South and East Asia. While many Asian countries are exhibiting growth rates, still more than 60% of the world’s hungriest and poorest are in Asia (687 million), particularly in South Asia, and 70% of them rely on agriculture for a living.

But with the right policies and programmes in place, solutions can be found. United Nations Secretary-General Ban Ki-moon, in his closing remarks in a conference in Madrid in April 2013, said:

When I was born, four out of five Koreans lived in rural areas, but very few of them actually owned the land they farmed. Most were very poor, and many experienced hunger. The war years, of course, were especially dire. The United Nations helped come to the rescue, not just militarily, but with sacks of grain and other forms of sustenance. When small farmers finally gained access to land and inputs, they were able to move beyond subsistence and contribute to the country’s progress. Today, the Republic of Korea is ranked 12th on the Human Development Index. There is a message for the world in Korea’s achievement: Hunger and malnutrition can be eliminated. With the right policies and investments, we can make dramatic progress in one generation – not in some distant future but in our own lifetimes.

The right investments can help lift millions of women and men farmers from poverty, attract youth into farming and unleash their potentials to contribute to the country’s food security and people’s nutritional wellbeing. This can be done by:

Organize (into associations unions, cooperatives, commodity clusters from local to international levels), network and engage governments for policy and program work
Increase agricultural productivity through sustainable, agro-ecological production and post-harvest technologies
Negotiate for and enter into more inclusive business arrangements with other parties (cooperatives, private companies, government, other NGOs) such that these arrangements give farmers more ownership of their business, more influence in decision-making over business matters, and a fairer share of risks and rewards

In the words of one farmer from Laos farmer, “For inclusive development, we need a ‘3P’ kind of partnership engaging the public and private sectors as well as producers.”

I look forward to sharing these perspectives with leaders of business, government, farmers’ organizations and others as part of discussions hosted by the World Economic Forum’s New Vision for Agriculture initiative in Myanmar this week.