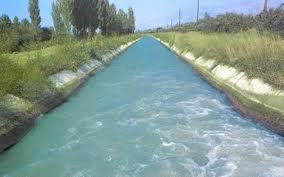 Secretary Irrigation Punjab Captain Zahid Saeed (Retd) has said that officers as well as field staff of irrigation department is on high alert during the current flood season; adding that irrigation infrastructure is being regularly monitored to avoid the havocs of floods.

It was stated by him while addressing a farewell party at the committee room of Punjab Irrigation & Drainage Authority (PIDA) in honour of Chief Engineer (Drainage & Flood) Chaudhry Bashir Ahmad Zahid and General Manager (TM) Mian Maqbool Ahmad. Both the officers have stood retired on reaching the age of superannuation. Besides others, Additional Secretary (Technical) Khalid Hussain Qureshi, General Manager (Operations-PIDA) Muhammad Younus Bhatti, Secretary PIDA Afzal Anjum Toor and Director SPRU Muhammad Amar Khan were also present in the farewell ceremony.
The secretary acknowledged the services of the both the retiring officers and asked other officers to work hard to resolve the public grievances and water related problems on priority basis. He urged the irrigation officers to bring behavioural changes in their staff and perform their duties in the best interest of the public. He said that irrigation department and PIDA were established as the service delivery organisations to facilitate the farmers at their doorstep.
He added that the irrigation department was efficiently performing its role during the current flood season to protect the huge irrigation infrastructure so that the human beings, livestock as well as crops could be saved from the gushing waters. He further told that irrigation department has established good co-ordination and rapport with the district administration and other allied departments to cope with the effects of flood in Punjab. Later, gifts were given to the retiring officers by the officers and staff of irrigation department.
News Source
Courtesy Business Recorder
Tweet