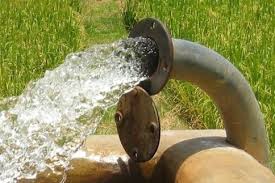 LCRA may restrict water for rice growers in 2014

LCRA may restrict water for rice growers in 2014

Rice farmers in Texas may find themselves without adequate water for a third year if Lower Colorado River Authority (LCRA) Directors decide to approve a staff request to seek emergency curtailment authority in 2014 from the Texas Commission on Environmental Quality (TCEQ).

That request would limit water releases to customers downriver, including rice farmers if combined storage at lakes Travis and Buchanan is below 1.1 million acre-feet on March 1 next year.

As of November 13, combined storage at the lakes stood at just below 728,500 acre-feet, or 36 percent of capacity.

The move to curtail water for another year is opposed by not only rice farmers but also environmental and wildlife groups who say another year of wetland reduction and reduced flows into environmentally sensitive Matagorda Bay could be devastating to water fowl that require rice fields and marine life in the bay.

Also of concern to groups opposed to additional water curtailments is what some are calling a lack of official notice of the latest LCRA emergency meeting. One individual, who asked to remain anonymous, claimed public comment on LCRA’s proposed emergency request may not have provided ample opportunity for public comment.

LCRA officials say they have always encouraged public comment and say an emergency action to curtail water to users downriver is a difficult decision to make.

“These are some of the most difficult decisions in LCRA history,” LCRA General Manager Becky Motal said. “Right now, this drought is so severe it’s not possible for everyone to have all the water they want. We have to protect water for cities and industries, and unless it rains a lot in the next few months, that could mean farmers may be cut off for a third straight year.”