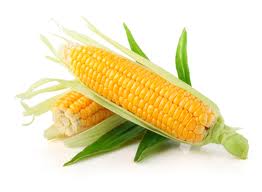 Food security in Lesotho has declined at an alarming rate for the second
year in a row, since 2011. The impact of drought and late rains in the 2011/12
cropping season worsened an already vulnerable situation in rural
Lesotho following a poor harvest in 2000/11. Crop forecasts showed that
cereal production is at its lowest in 10 years in the country.

“Last month, I and officials from the Department travelled to Italy to attend the FAO summit on food security. Some of the discussions in the meeting were dominated by the food shortages in Lesotho,” Joemat-Pettersson explained.

According to the Minister the government of Lesotho officially declared an emergency food crisis in that country and formally requested international assistance.

“South Africa answered the call through the Department of International Relations and Cooperation (DIRCO) with a donation of R180 million. The World Food Programme (WFP) was best suited to channel and distribute the food assistance. This would translate to assisting 227 000 children; pregnant and lactating women who were malnourished and food insecure for a period of 22 months in the 10 districts of the Kingdom,” Joemat-Pettersson emphasized.

The Minister further explained that one of the conditions of this agreement, from the South African government, is that at least 40% of the white, non GMO maize must be purchased from smallholder farmers in South Africa.

“This agreement is the biggest of its size for the agriculture sector. WFP will supply commodities including sugar beans, pulses, vegetable oil, sugar, canned fish, iodised salt and super cereal to Lesotho.

When the WFP and officials from the South African Department of Agriculture, Forestry and Fisheries’’ audited the maize availability from smallholder farmers, and we found that local smallholders have produced a huge quality of export maize. We have, for the first time in 100 years, produced 36 000 ha of maize, beans and potatoes,” said Joemat-Pettersson.