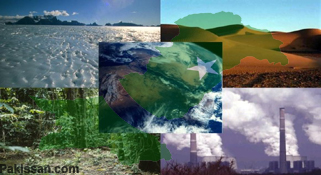 Lahore—Optimum utilization of all energy resources including hydel, coal, biomass, wind and solar; more dependence on local sources as well as reviving the installed capacity of electricity are the key to bridge the electricity demand and supply gap, currently hovering between 3000 to 3500 mega watts, at the earliest.

Electricity is considered as lifeline of a country’s socio- economic and human development but its shortage results in grinding halt to almost every sector of life.
Pakistan like other Asian countries is also faced with energy shortage, especially of electricity, the main source of energy. The electricity crisis has been prevailing since 2006 due to past governments least interest in developing the energy sector and initiating timely the new projects to overcome this grave problem. Insufficient quantum of electricity has since then been impacting negatively the routine life in Pakistan.
The recently elected PML-N government, however, has sensed the gravity of the situation and placed the energy sector on its highest priority by making strenuous efforts to narrow down the power demand and supply gap to cater to the needs of all consumers-industrial, agriculture, commercial and domestic.
Since, Pakistan is generating a major chunk of electricity through furnace oil and gas that proved to be very expensive, owing to ever increasing prices of petroleum in the international market, which ultimately enlarged the power sector’s Circular Debt as well as compelled the electricity managers to increase the power tariff for consumers.
The PML-N government is committed to change the fuel mix by ensuring more dependence of electricity generation on in- expensive components specially the hydel, besides exploiting potential of other indigenous resources like biomass, coal, solar and wind on priority basis, before stepping ahead for electricity import from neighbouring countries.
The government’s sincerity and determination is also evident from the fact that it was retiring the circular debt of Rs 500 billion, a main hurdle in the way of capacity-full electricity generation, thus enabling Independent Power Producers (IPPs) to induce an additional 1700 mega watts of electricity in the system.
The government has also expedited work on projects, which could ensure low-priced energy but within a shortest time such as 425MW Nandipur Hydropower Project, 960MW Neelum- Jehlum Hydropower Project, besides tasking an Australian Company to prepare feasibility report of coal reserves located on the outskirts of Jehlum district.
While, Prime Minister Muhammad Nawaz Sharif’s recent visit to China also focused on joint ventures for promotion and development energy sector.
The PM’s Special Advisor on Energy, Dr Musadik Malik said that hydel and biomass generation would be the corner stones of government’s three-year energy plan.
It is to mention that Engineers Study Forum (ESF) has also called for focusing the optimum utilization of local resources and short-term viable plans in the proposed National Energy Policy to end power crisis within a year.
The NSF also underlined the need for concentrating internationally proven bench-mark of recovering 40 percent electricity from the existing power system by ensuring better load-management, energy conservation as well as reducing technical and commercial losses through modern techniques.
Tweet