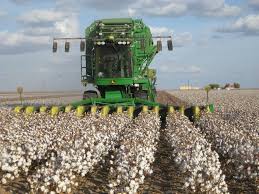 Local industry to get sufficient cotton

KARACHI: Experts have predicted a significant increase in the country’s textile sector produce in view of rise in exports, given the sufficient availability of raw cotton at affordable rates for value addition.

The price of raw cotton in the international market is set to decline by almost 10 percent as the world’s two major cotton producers, i.e. China and India, have announced to lift the ban on raw cotton exports.

Mujeeb Khan, head of WTO Cell at Trade Development Authority of Pakistan (TDAP), said that there will be an abundant supply of raw cotton in the global market, which is likely to result in decline in the prices of cotton and textile sector products.

Khan said that although the rates of Pakistan’s exportable textile products will decline, it will make easy availability of raw cotton at low rates in the local market.In the first nine months of current fiscal year, Khan said that raw cotton exports declined by 65 percent to $126.716 million against $362.741 million in the same period last year.

Khan maintained that China and India already have sufficient amount of cotton stocks and as the new crop is ready to be harvested, both the cotton producers have agreed to lift the ban on cotton exports.

Amir Hussain, economist at TDAP, said that even though the per piece rates of exportable textile products will decline, there will be no impact on the overall textile exports as the quantity will increase given the sufficient amount of cotton available.

Khan said that the country needs 15 million cotton bales a year and if the required amount of cotton is available, the textile industry will flourish, thereby increasing exports. Presently, the per pound cotton price has been hovering around 82 cents, which is expected to decline below 75 cents per pound.