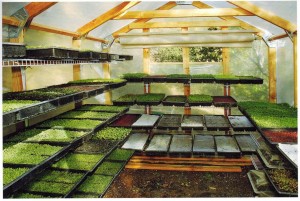 They may be tiny, but a new study shows trendy microgreens punch well above their weight when it comes to nutrition.

Researchers found microgreens like red cabbage, cilantro, and radish contain up to 40 times higher levels of vital nutrients than their mature counterparts.

Microgreens are young seedlings of edible vegetables and herbs harvested less than 14 days after germination. They are usually about 1-3 inches long and come in a rainbow of colors, which has made them popular in recent years as garnishes with chefs.

Although nutritional claims about microgreens abound on the Internet, this study is the first scientific evaluation of their nutritional content. Researchers say they were astonished by the results.

“The microgreens were four- to 40-fold more concentrated with nutrients than their mature counterparts,” says researcher Qin Wang, PhD, assistant professor at the University of Maryland in College Park. “When we first got the results we had to rush to double and triple check them.”

The results are published in the Journal of Agricultural and Food Chemistry.

Cilantro microgreens were richest in terms of lutein and beta-carotene.

“All of these nutrients are extremely important for skin, eyes, and fighting cancer and have all sorts of benefits associated with them,” says researcher Gene Lester, PhD, of the USDA.

Lester said he was surprised to find microgreens were superior in nutritional value than the mature plants.

“To find that the levels were not only detectible but in some cases 4-6 times more concentrated than in the leaves of a mature plant, I find that quite astonishing.”