Minimum purchase price of sugarcane fixed at Rs 170 per 40kg 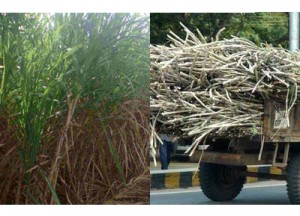 Minimum purchase price of sugarcane fixed at Rs 170 per 40kg

However, sugar factories may deduct from the purchase price, the transportation charges incurred by them on the cane purchased at purchase centres and other locations away from the factory gate at the rate of Rs 1.25 per quintal (100 kg) per kilometre subject to a maximum deduction for a distance of 40 kms from the factory gate for the crushing season 2012-13.

Meanwhile, Farmers Associate Pakistan (FAP) President Dr Tariq Bucha talking to Business Recorder straight away rejecting the fresh sugarcane minimum purchase price, said it was far less than the input cost of the sugarcane growers. He claimed that on average sugarcane growers were bearing Rs 195 per maund input cost and like every business they must be given at least 10 percent profit on this input cost. He said as per their calculations the government should have fixed it over Rs 200 per maund.

Reacting to the announcement made by the Punjab Cane Commissioner, Agri Forum Pakistan Chairman Muhammad Ibrahim Mughal told this scribe that sugarcane growers simply reject this meager increase in the sugarcane support price. He said last year it was Rs 150 per 40 kilogram and the Punjab government had merely increased 13 percent this year, while prices of fertiliser, diesel, pesticide and other inputs had registered on an average increase from 30 to 70 percent during last 12 months. He was of the view that minimum purchase price for sugarcane should have been Rs 200 per maund. He claimed that if the government failed to enhance sugarcane support price then sugar millers would earn an additional profit of Rs 40 billion this year.